Bannockburn has secured a spot in its fourth straight finals series thanks to this afternoon’s 52-point win over Werribee.

The Tigers piled on the opening eight majors of the game while defenders BJ Harding and Michael Stevenson helped keep Werribee to their lowest score for the season.

However the Centurions were without key forward Luke Cachia from the 11 minute mark of the opening term after he broke his leg and dislocated his ankle when leading for a mark. 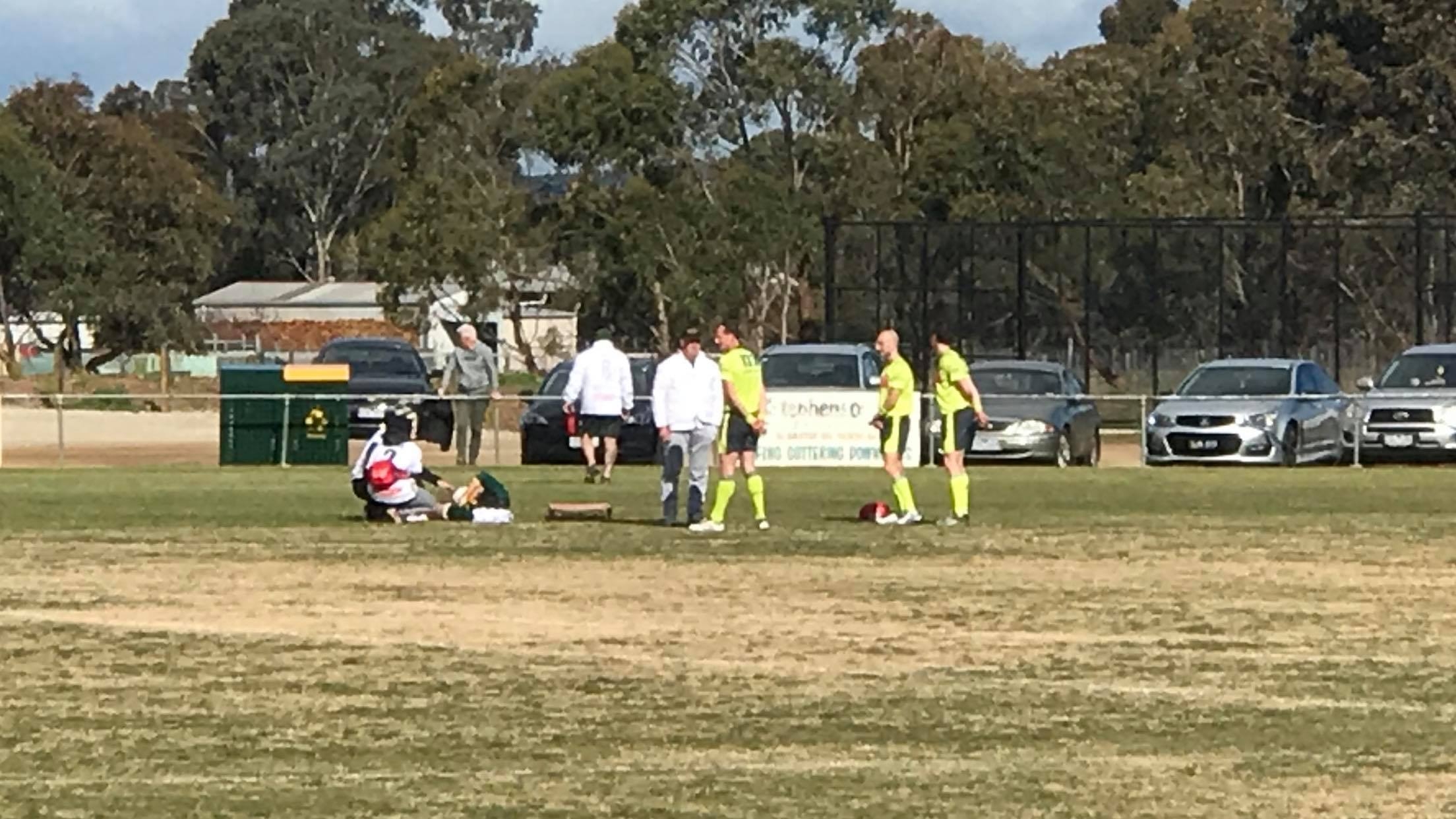 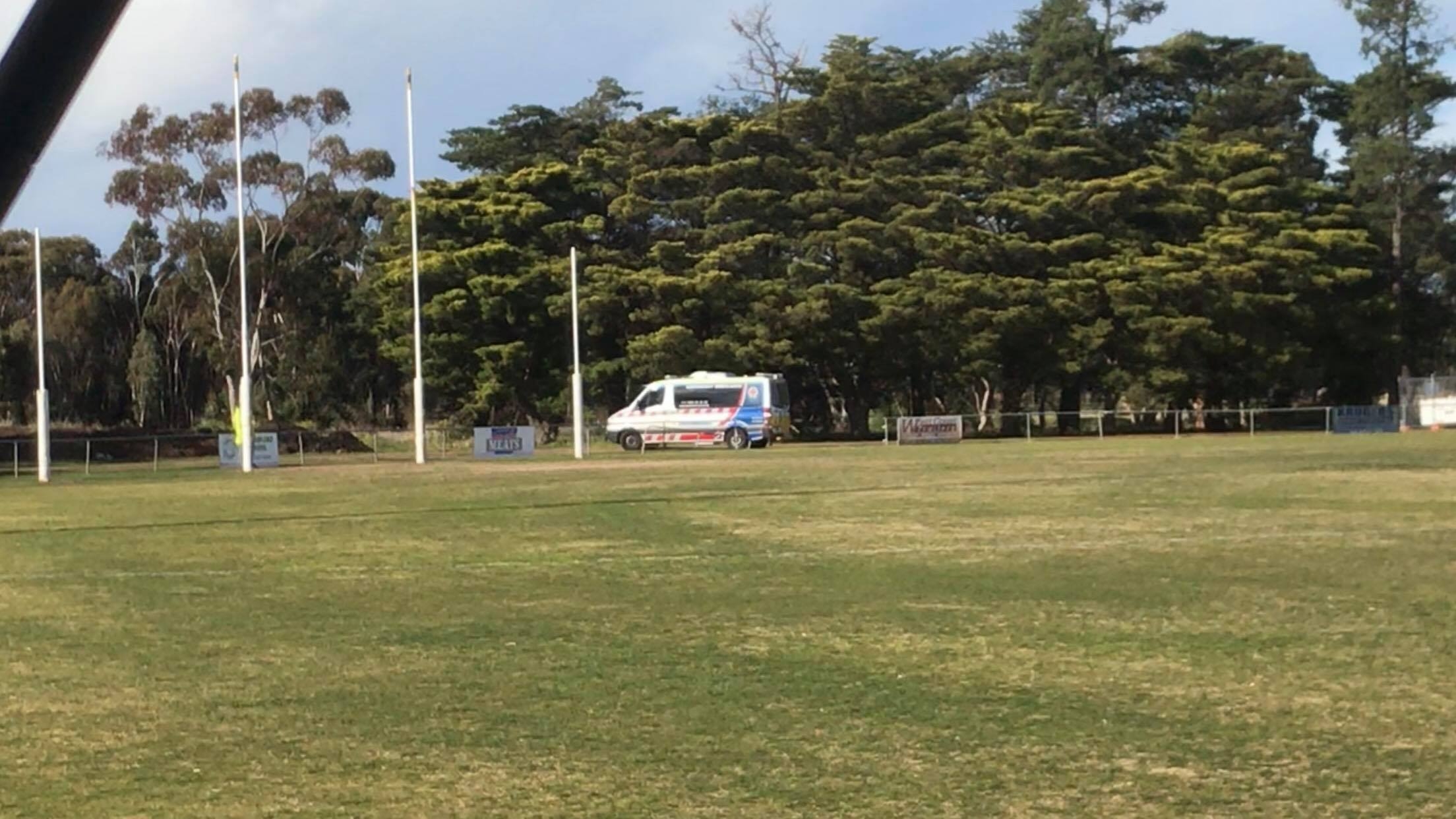 The game was delayed for 25 minutes as a result with the 24-year-old undergoing surgery at the Epworth hospital this evening.

“A few of our guys were pretty thrown by it, I’ve got a young group and I think a lot of them have struggled to recover even emotionally,” Werribee coach Nick Smith said post-match. 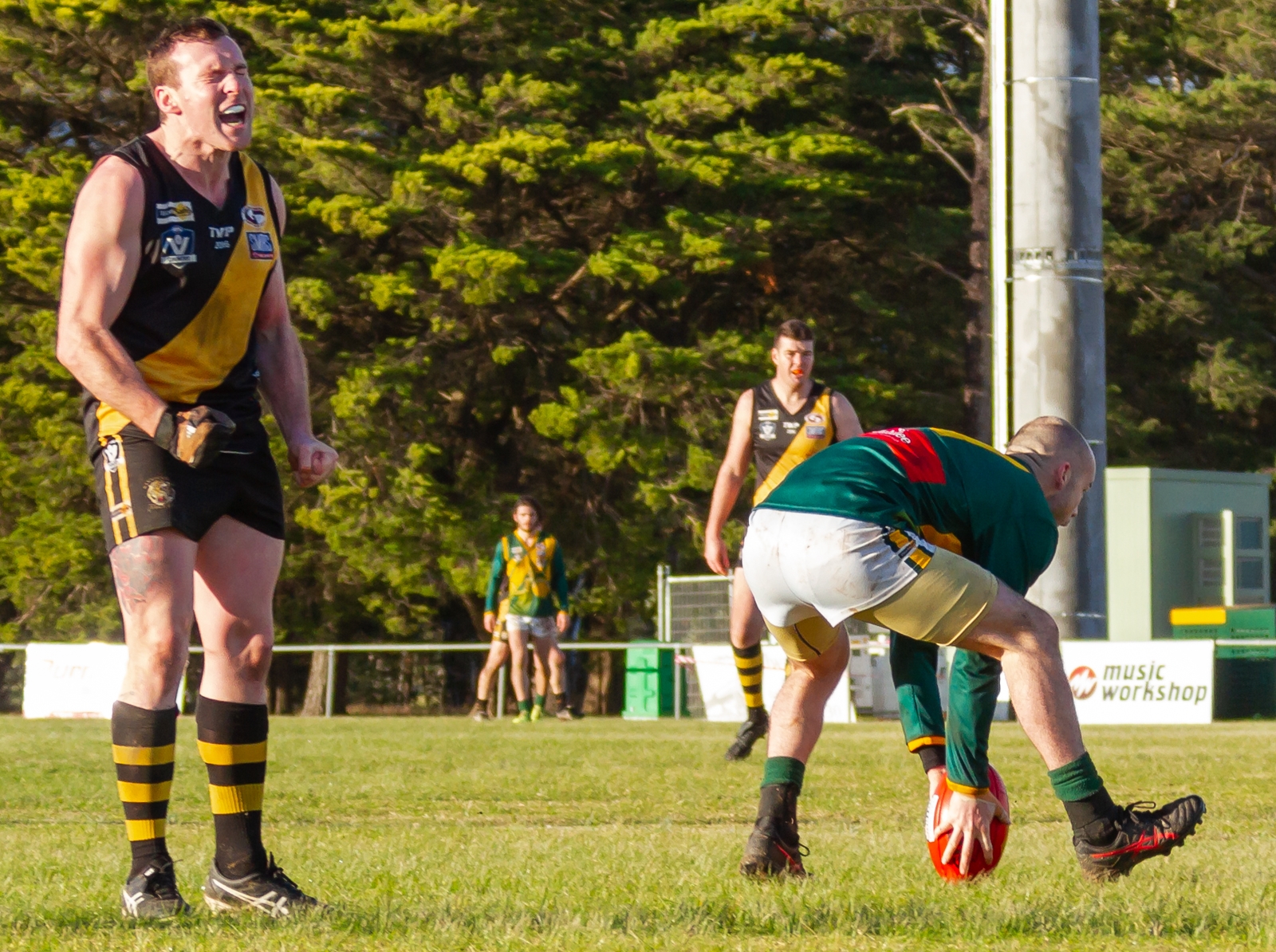 The Centurions would be down to two on the bench by this stage after teenager Joshua Sloan broke his nose in the game’s opening passage.

“They (Bannockburn) were always going to be bigger and stronger but our guys kept having a crack and it really just turned out to be a flat second half given what everyone was playing for,” Smith added.

Bannockburn will now play off against Geelong West in this Sunday’s elimination final with the winner to play the loser of Thomson vs. Bell Post Hill.

Bannockburn coach Peter Riccardi believes tall forward Kieran Fulton, who kicked three goals, will be fit to play despite sitting out the last quarter with a wrist injury. 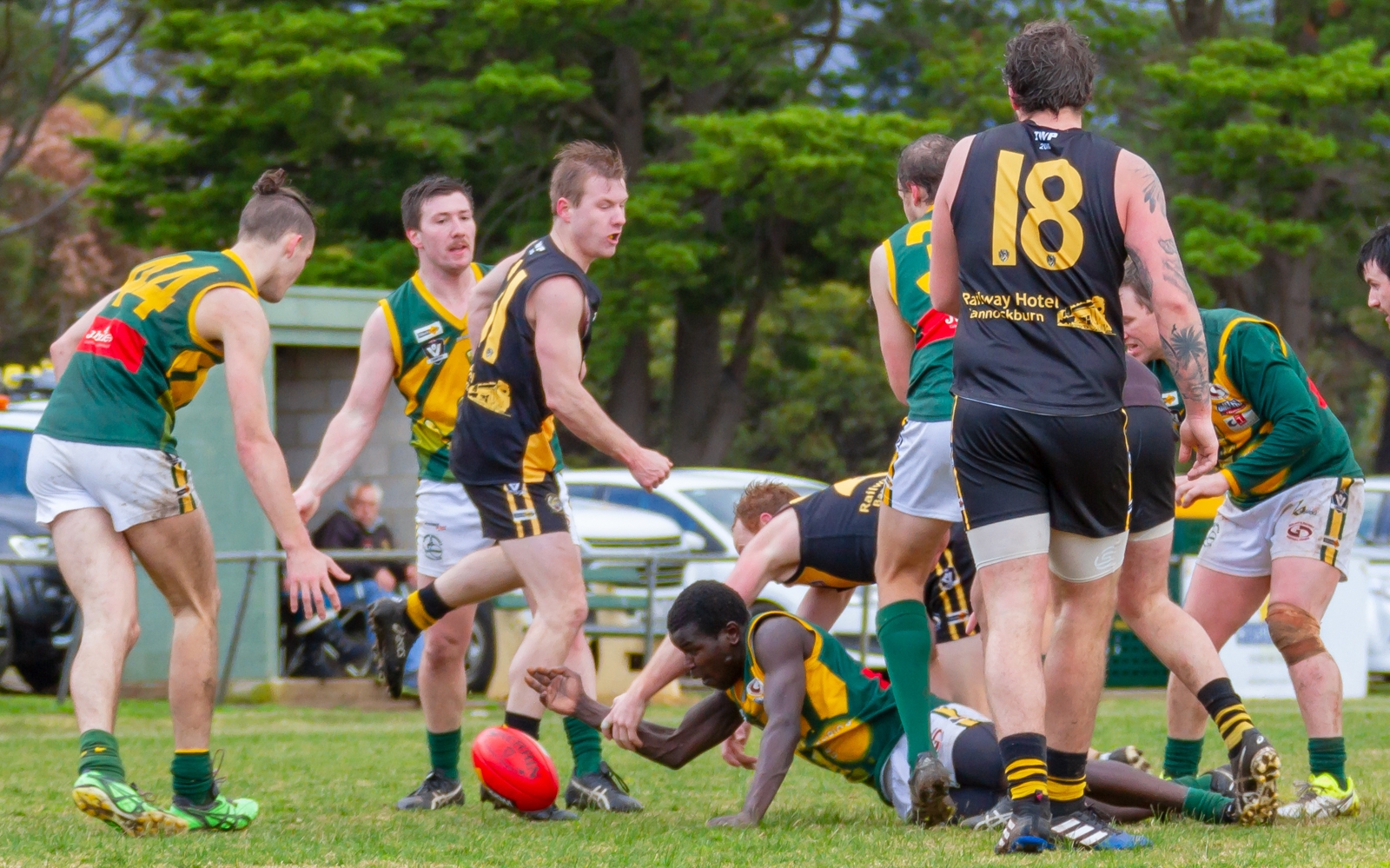 “We are very pleased, this year we had to get to the finals the hard way but we got there in the end so anything can happen now if we play our best footy,” Riccardi said.

“Our boys played out of their skin in the first half but then in the second half they put guys behind the footy, we just did the same to play it safe.”

“I know it wasn’t the best footy to watch, in fact it was real hard to watch, but thankfully we were able to set it up early.”

Earlier in the day the two time best and fairest had to pass a fitness test to prove his selection.

“It was black and blue but he could still move laterally in this morning’s fitness test but he felt pain while kicking.” 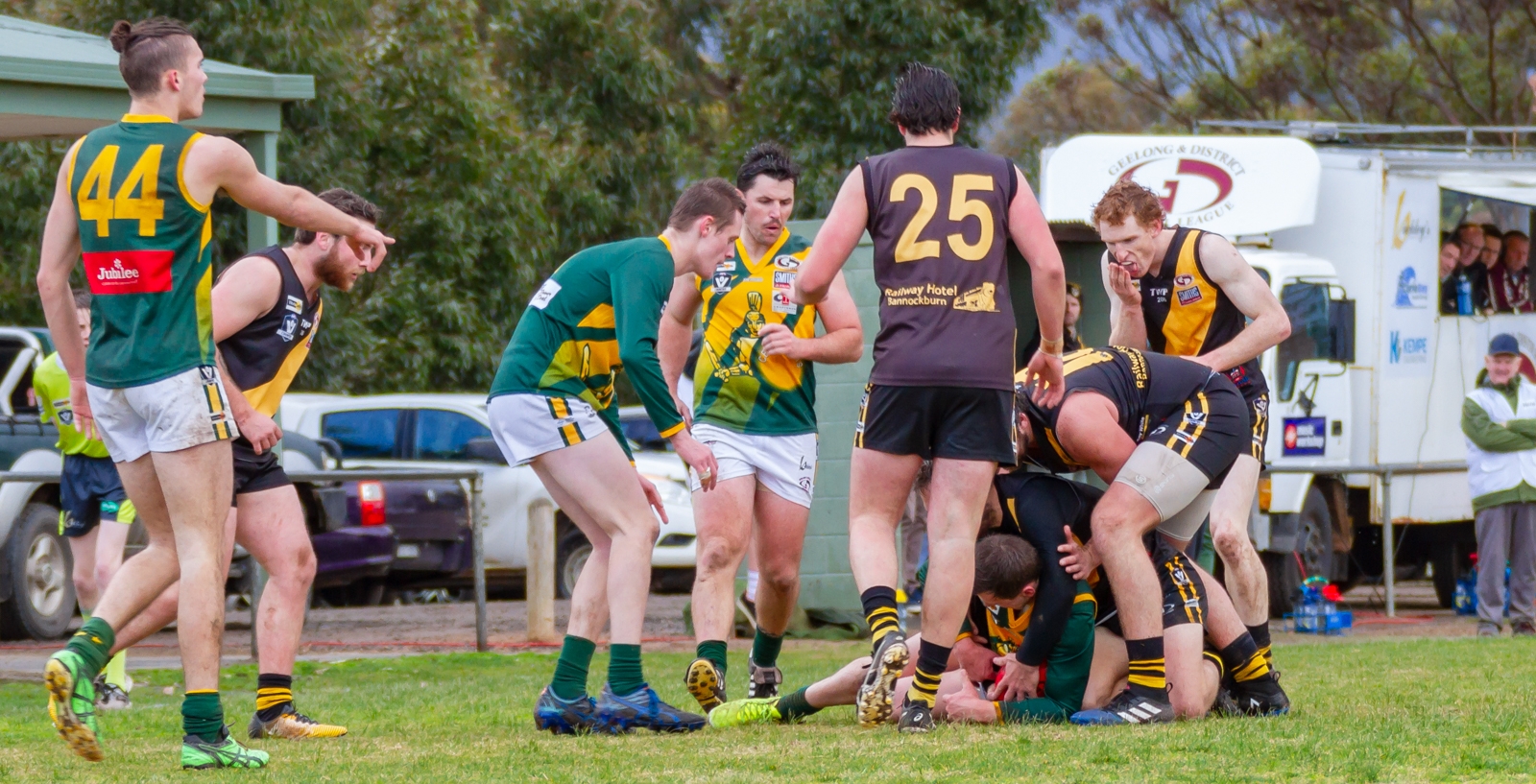 Both Jake Myles & Joshua Cole (hamstring) are likely to return while captain Brad Watts (MCL) could be in the mix the following week.

In other results Anakie seemed every chance to end a ten year old drought over Bell Post Hill in the opening half of their clash.

Nevertheless the Panthers would do enough to capture a 32-point win in the end with former Roo Jayden Ettridge booting three goals to take out his first GDFL goal-kicking medal. 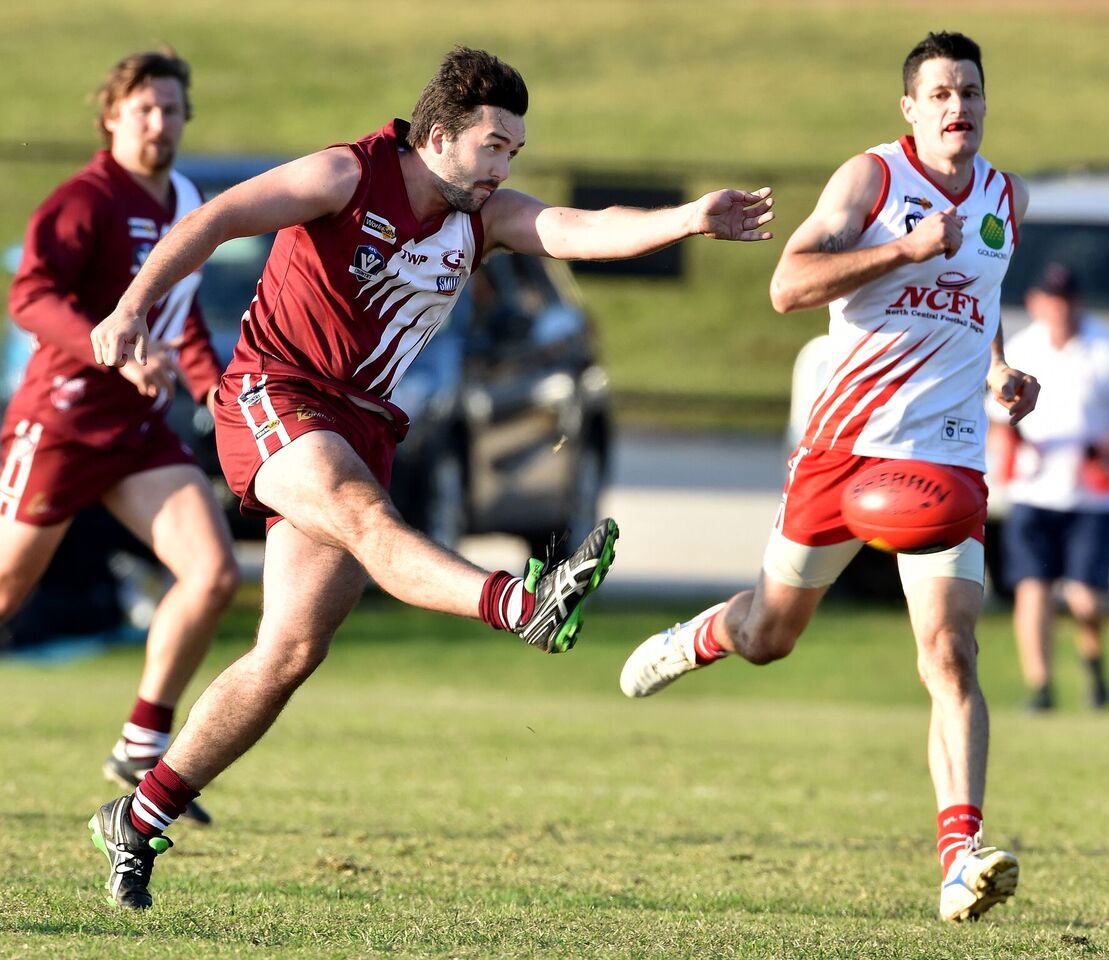 Geelong West cemented its spot in the top five for the first time in two decades thanks to a 52-point win over East Geelong. 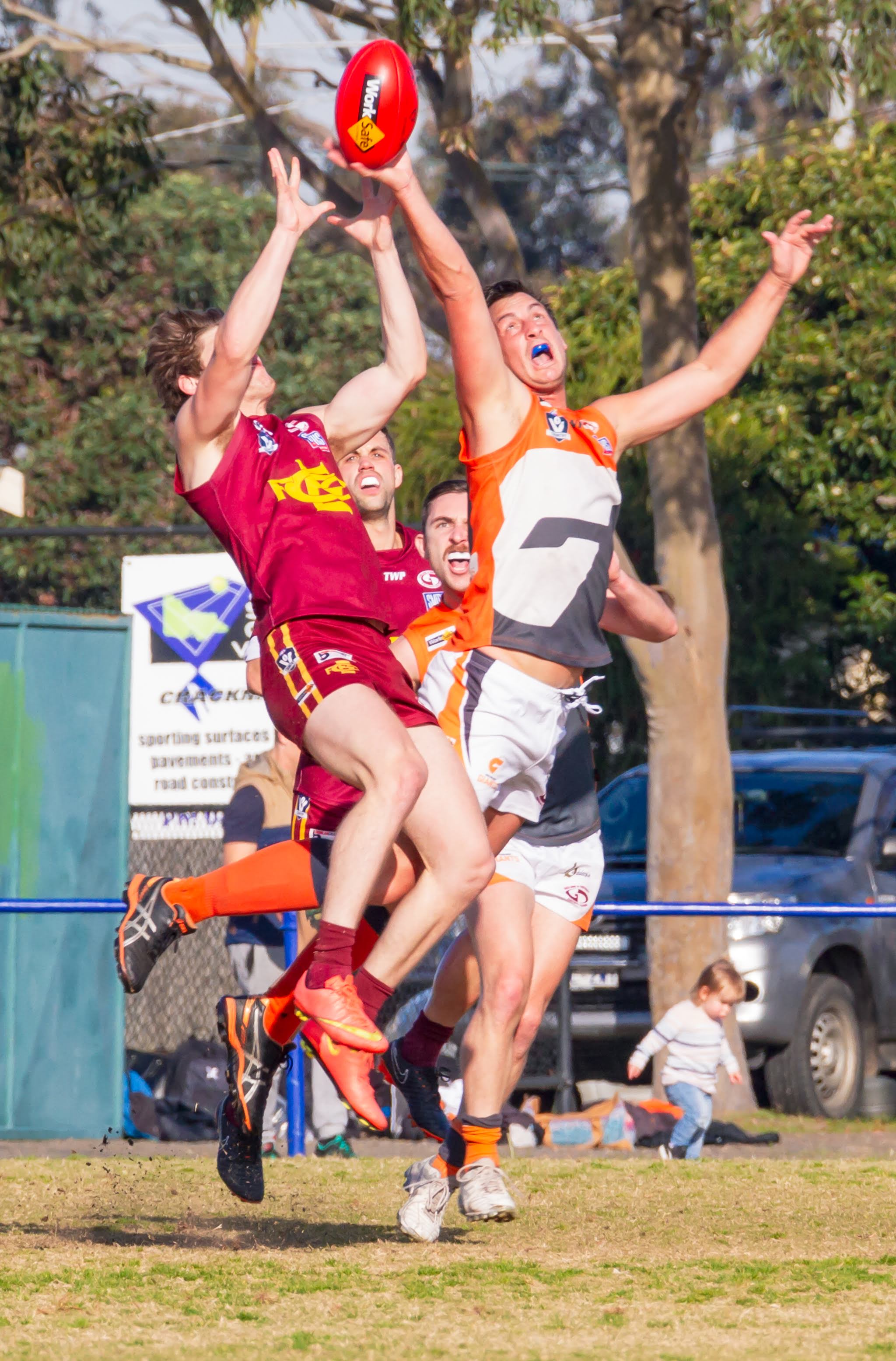 Scott Jervies, who was a member of Geelong West’s sixth placed finishes in both 2013 and 2017, was named as his side’s best this afternoon while veteran Justin White found three goals.

A five goal haul from Ryan Soldic was a highlight for minor premier Inverleigh in the Hawks’ 102-point win over Corio.

The win could have been a lot more damaging for the Devils had it not been for the home side’s inaccurate kicking.

North Geelong was unable to send off 2013 senior premiership coach Darren Ryan in style when going down to Thomson by 79-points.

The Tigers produced a spread of ten individual goal-kickers while Whitley medal contender and playing coach Reece Holwell was again named in the best players.

And Winchelsea came back from an eight point quarter time trail to defeat the Belmont Lions by 43-points.

The win saw Winchelsea climb from seventh to sixth on the ladder in a season which saw them break long awaited droughts over powerhouse sides Bannockburn, Thomson and Bell Post Hill.