Geelong West coach Andrew Clark has been around football long enough to know the significance of a finals berth.

For more than 20 years, the former Cheetah entity has missed the finals.

Tomorrow, all the Giants need to do is win and they are in. 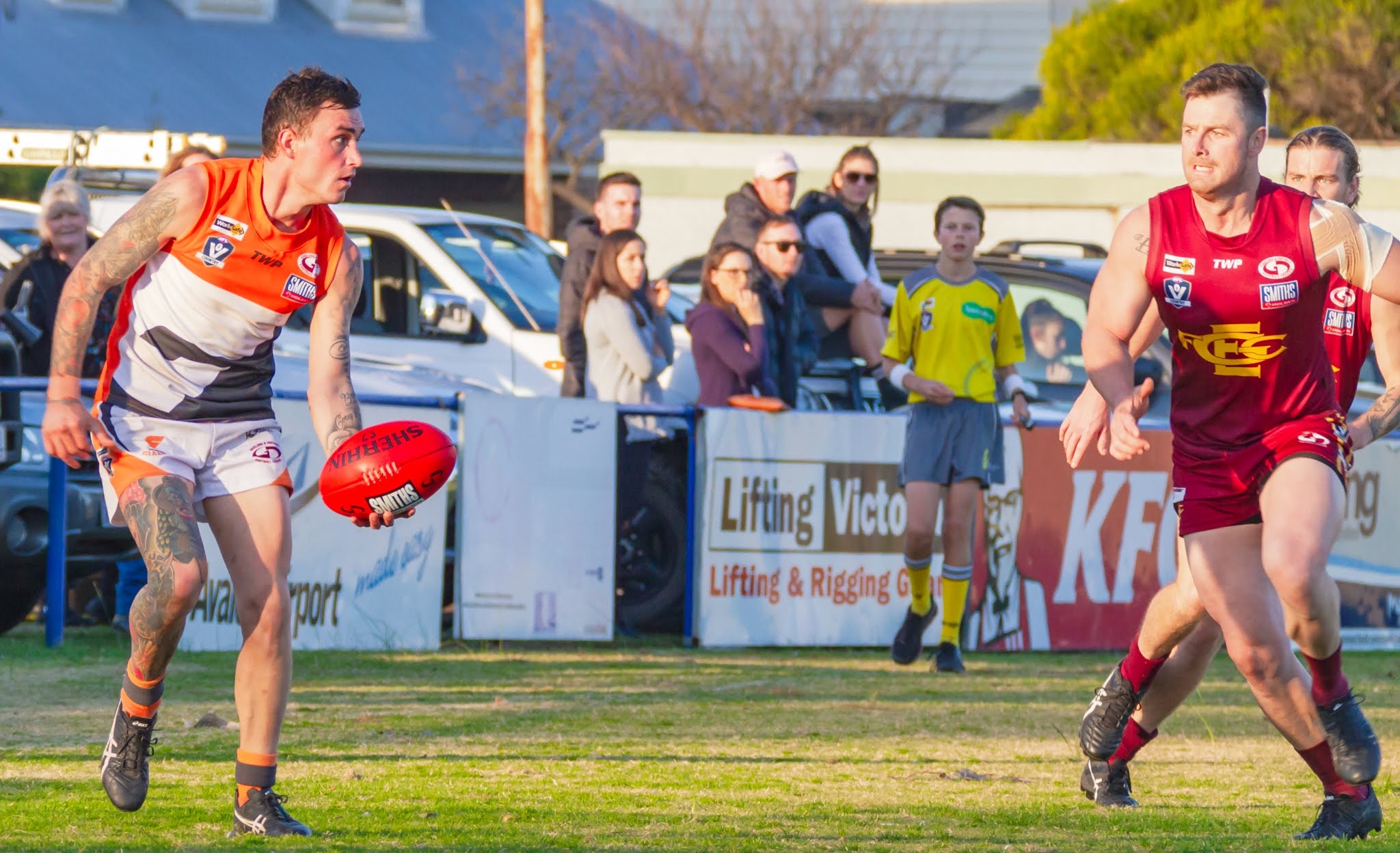 After a 3-15 record as an assistant in 2015 and a 0-18 slump as senior coach the following year, Clark’s side finished sixth last year to return to the finals discussion.

And while his men took a bold step on the weekend by ending a 17-year-old drought over Bell Post Hill they will still need to hold off East Geelong tomorrow to secure their spot.

“We’ve probably over-achieved, which is something we’ll still take if we can get the win this week but last year we went further than we expected,” Clark admitted.

“Had we won the four games in 2017 then we would have said ‘that was a great year’ and then maybe won eight or nine this year. But to have already won 11 probably makes me more happy for everyone at the club.” 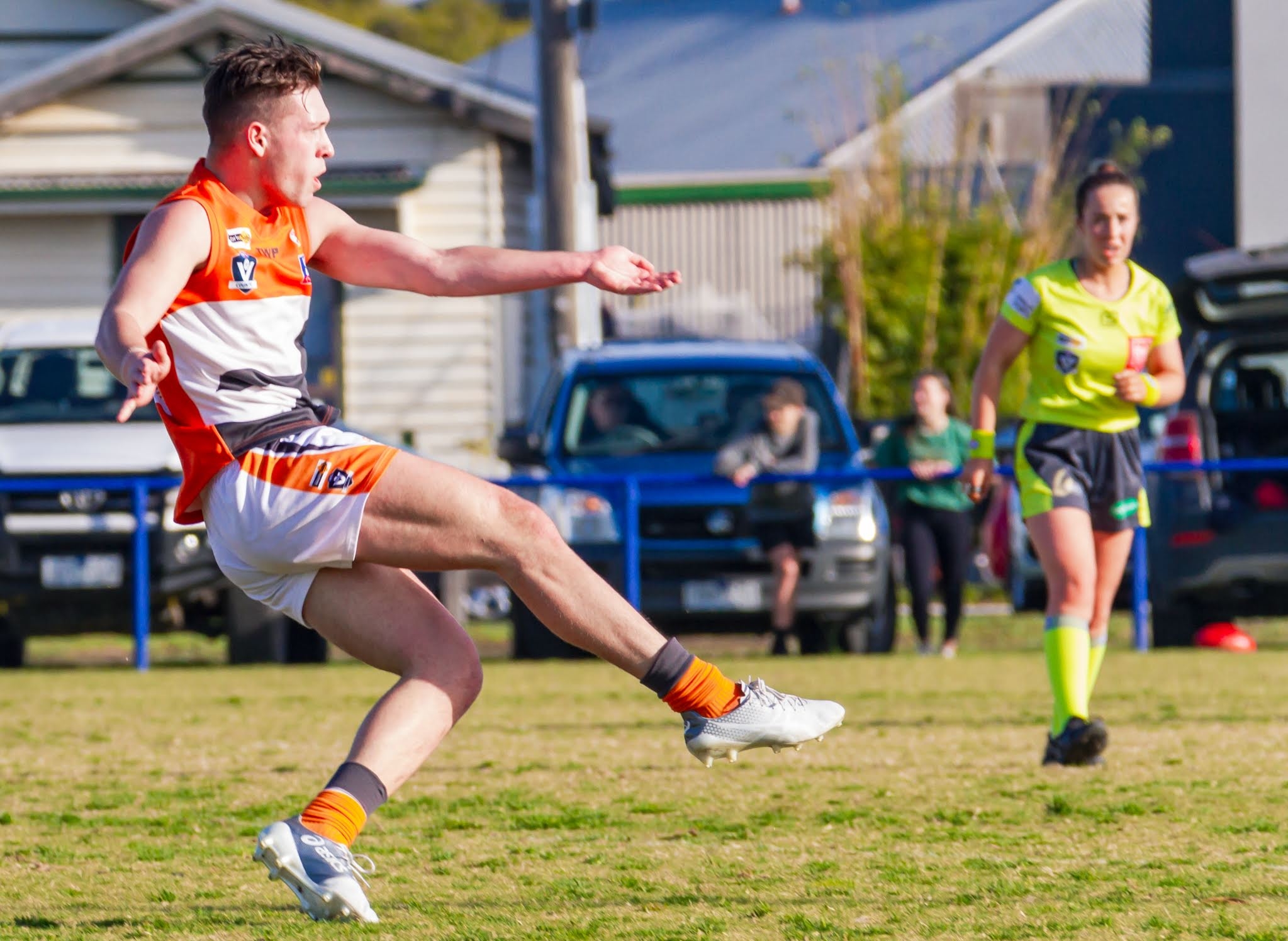 Behind his club-first enthusiasm the 51-year-old has kept the details of his playing career on the down low as a result of his modesty.

The former Gippsland ball winner, who made his senior debut for Alberton FL club Devon at the age of 14, would go onto to take his football to both St Kilda and Footscray.

“Unfortunately you won’t find my name anywhere at St Kilda because I was actually zoned to Footscray,” Clark admitted.

“What happened was I was invited over the phone (aged 15) to do a pre-season but I had to do it under a false name in those days.”

“I did the pre-season and lived with the greatest goal-kicker of all time (Tony Lockett) for six months because ‘Plugga’ came down the same year from Ballarat.”

“Unfortunately, I was told to head back home and bulk up by June that year because I was built like a match stick,” he laughed.

“The next year Footscray asked me to come over but I got knocked out in a practice match then had two knee reconstructions so by the age of 19 I lost a bit of passion for footy.”

Clark continued to dabble on the field with Gippsland clubs Devon and Sale while also enjoying brief stint in New South Wales.

However he would be deprived of finals action with injuries before calling time on his career at the age of 25.

“I didn’t really then get involved in footy until the young bloke started Auskick at Grovedale, until then all I’d really do is go to a game or two and that’s about it,” he added.

Fast forward to 2018 and Clark appears to be the most popular man in the Geelong West rooms following especially after wins over Winchelsea, Bannockburn and BPH in recent weeks.

“During the last couple of wins you couldn’t even get into the rooms so I get my enjoyment out of seeing all the old supporters back at the helm.” 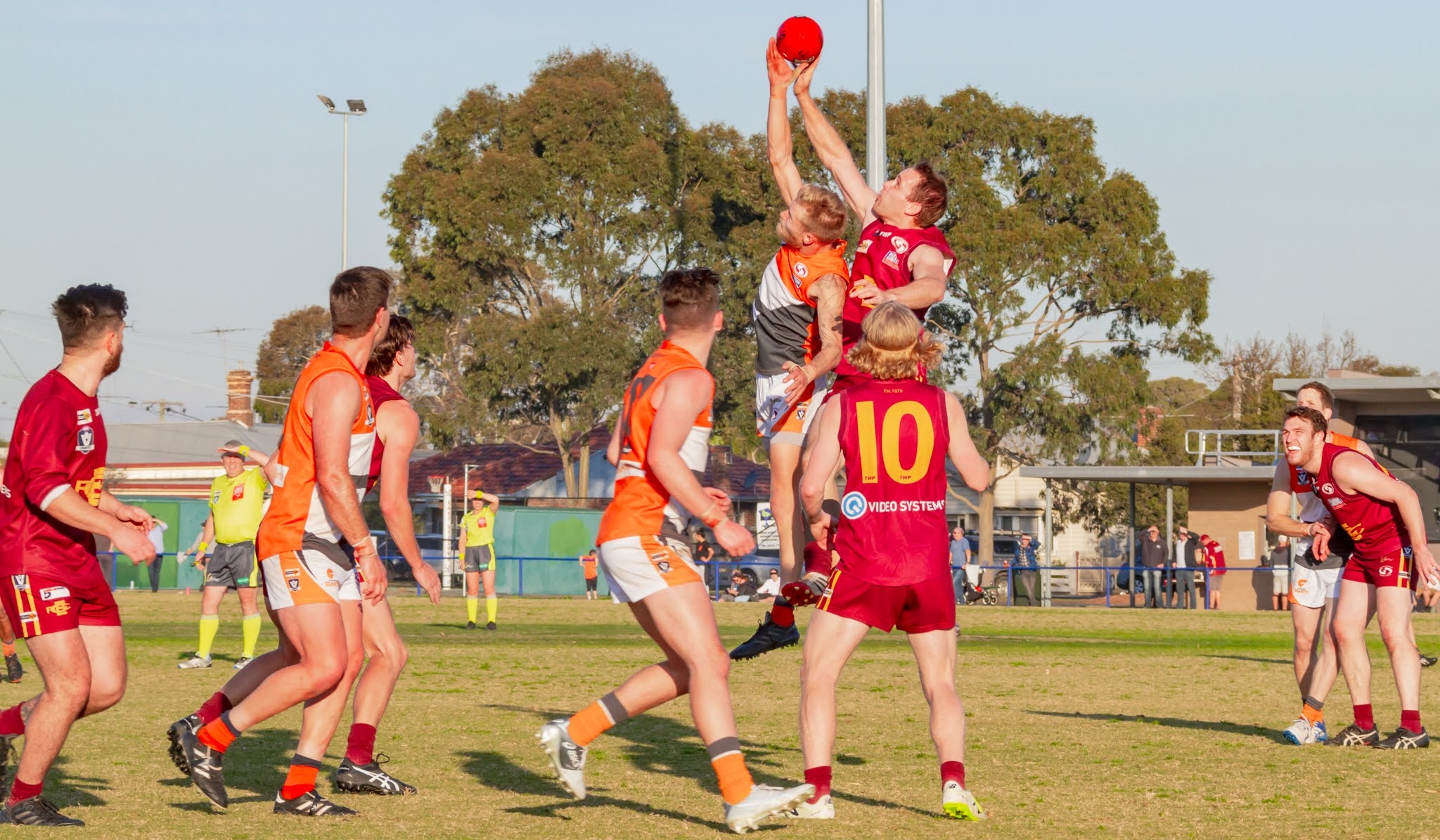 “It means a lot for me not only from where we’ve come over the last three years but also to see the likes of Chris Wilkie and Blanche Denmead rewarded after years of hard work.”

When Geelong West last faced East Geelong in Round 7 the Eagles would hold a 20-point lead prior to half time before the Giants responded with the next 11 majors to secure a 30-point win.

Brayden Mitchell was the star that afternoon with seven goals, he now trails Inverleigh’s Nathan Mayes (51) and BPH’s Jayden Ettridge (50) on the goal-kicking table with 47. 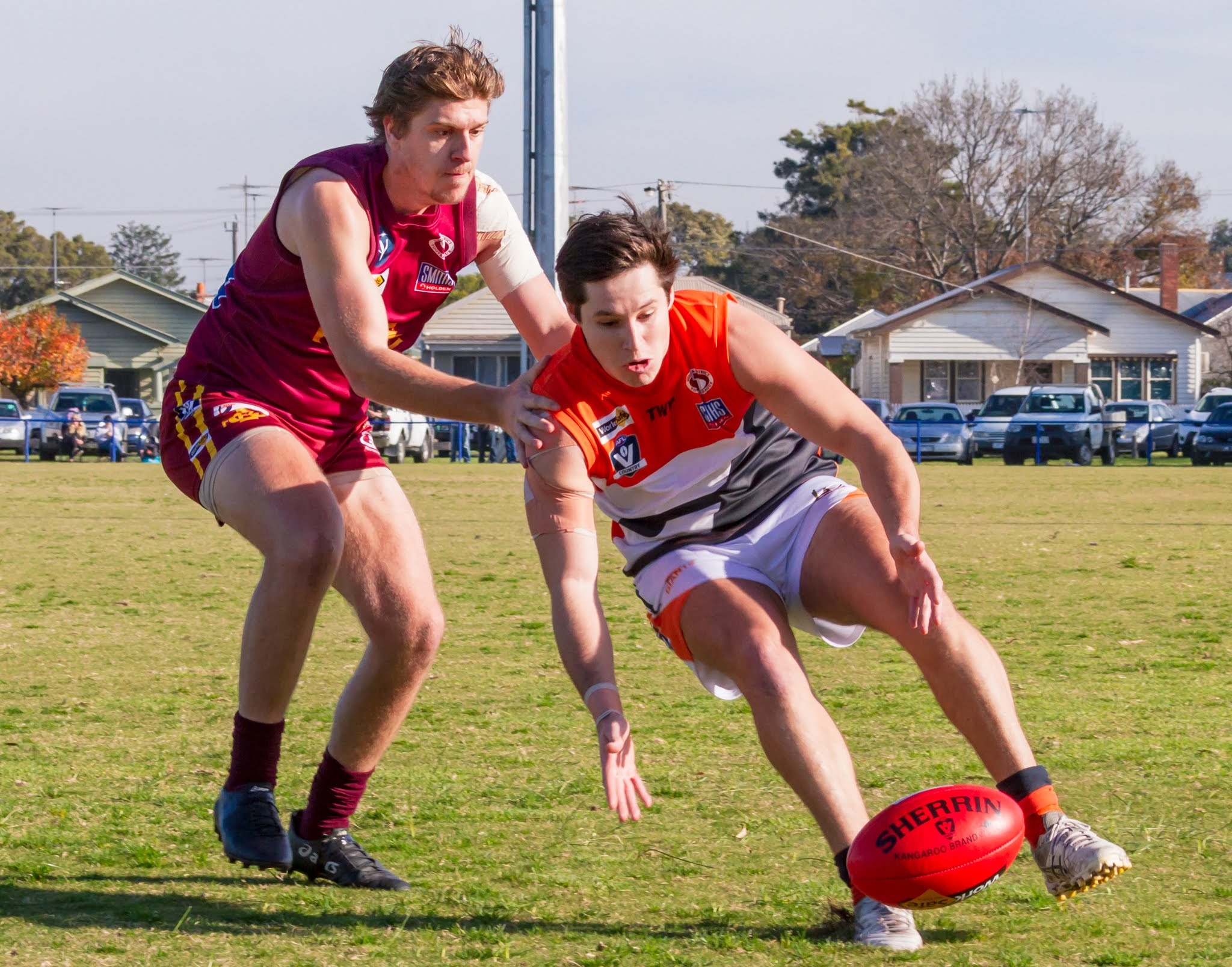 Clark believes the 21-year-old has what it takes to receive a second straight team of the year nod.

“Brayden could be the leading goal-kicker so I’d love to see him kick six or seven and find out Ettridge has only kicked two or three,” he said.

“Alex Blair has also had a consistent year, Paddy Dwyer has played well and even Thomas McKay’s first couple of weeks were good so there are a few names there.” 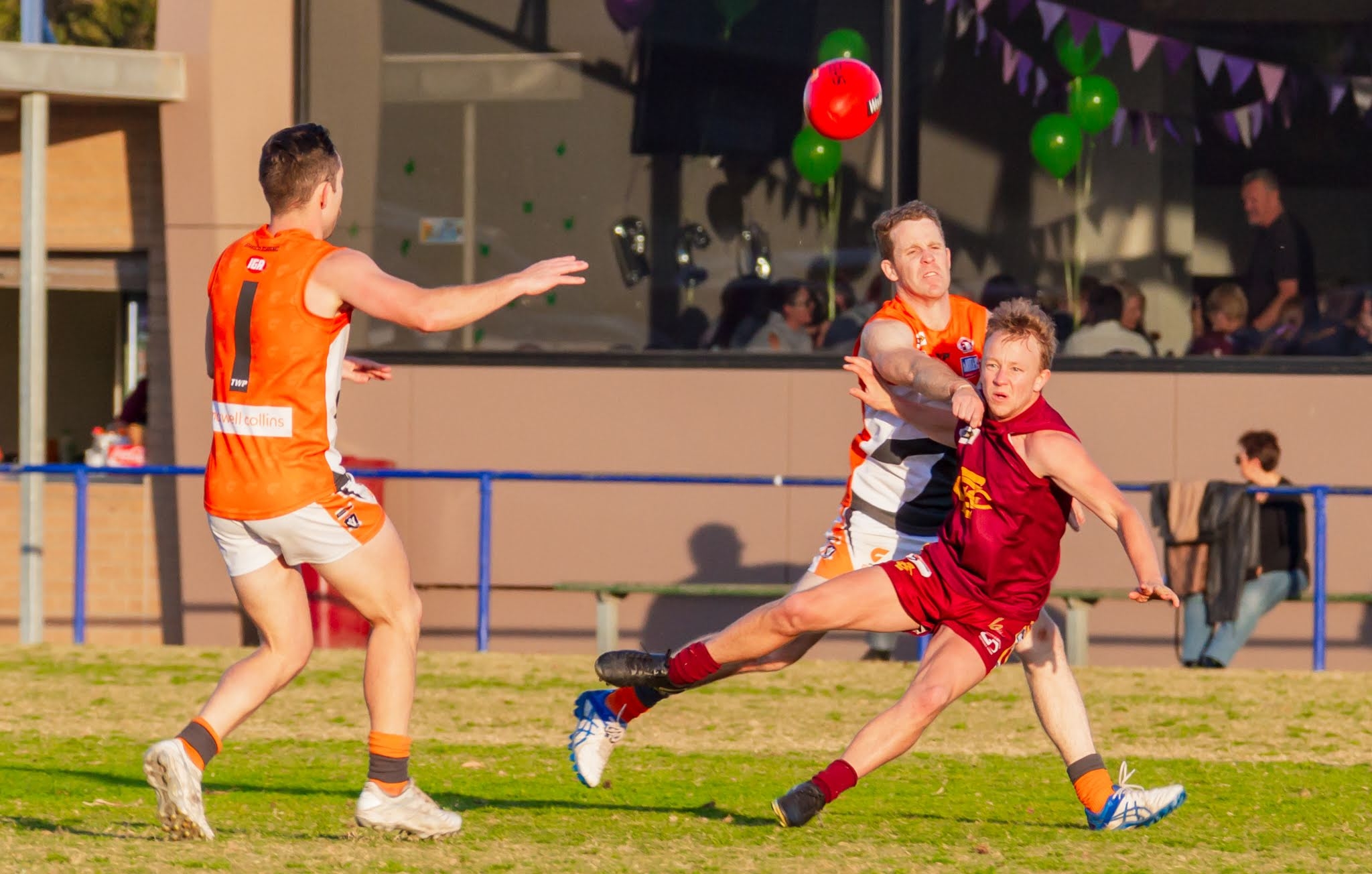 “Adam Leamer is another one, so we’ll see what happens on the night.”