Corio has appointed former East Geelong and Winchelsea ball-winner Andrew Challis as its senior coach for the 2018 GDFL season.

The London based 27-year-old, who won the Whitley medal in 2014, has been appointed for the next two years following the Devils’ unenviable 1-12 record this season.

“Corio contacted me about a month ago as a player but I also wanted to take a step further and coach,” Challis said.

“They talked to me about where they have been and where they want to be so there’s no doubt it will be a massive challenge.”

“But with the right structures, the right people, the right fitness program and game plan a football club can change and that’s been proven at all levels of football.”

He continued, “They have quite a few juniors coming through and other players that have left, I want to bring them back spend time with them and instill a really good culture into the club.”

Challis is now the fifth man to take on the role since he departed the league at the end of his Whitley medal winning season in 2014.

In that time Corio has only recorded five wins from its past 49 games with stars David Holzfeind (Bell Post Hill) and Michael Cadman (Geelong West – GFL) taking their football elsewhere.

Meanwhile Challis has added to his resume with a senior Ballarat FL premiership at Darley (2015) as well as a handful of accomplishments in the AFL London top tier competition.

“I’ve been living in London the last couple of years while travelling around Europe and I played at Darley before that in 2015,” Challis said.

“But I’ve also played two footy seasons in that time; they’ve actually got quite a good footy competition up here in London.”

“There are eight teams and it’s quite a good league; there are heaps of Aussies up here and I think our top three teams would match it in the GDFL.”

“We have heaps of ex-WAFL players, a few ex-VFL players and I was lucky enough to be part of the flag last year and we’ve just finished second this home and away season.”

Prior to his AFL London Division One premiership, Challis shared the 2016 league best and fairest with two of his United Kingdom based opponents.

In that time his trademark prowess has been matched with his leadership as a construction site manager, building supermarkets and schools across the United Kingdom.

“I look forward to implementing a strong fitness program which will be a focal point as a group along with the structures and a thorough game plan put into place,” Challis added. 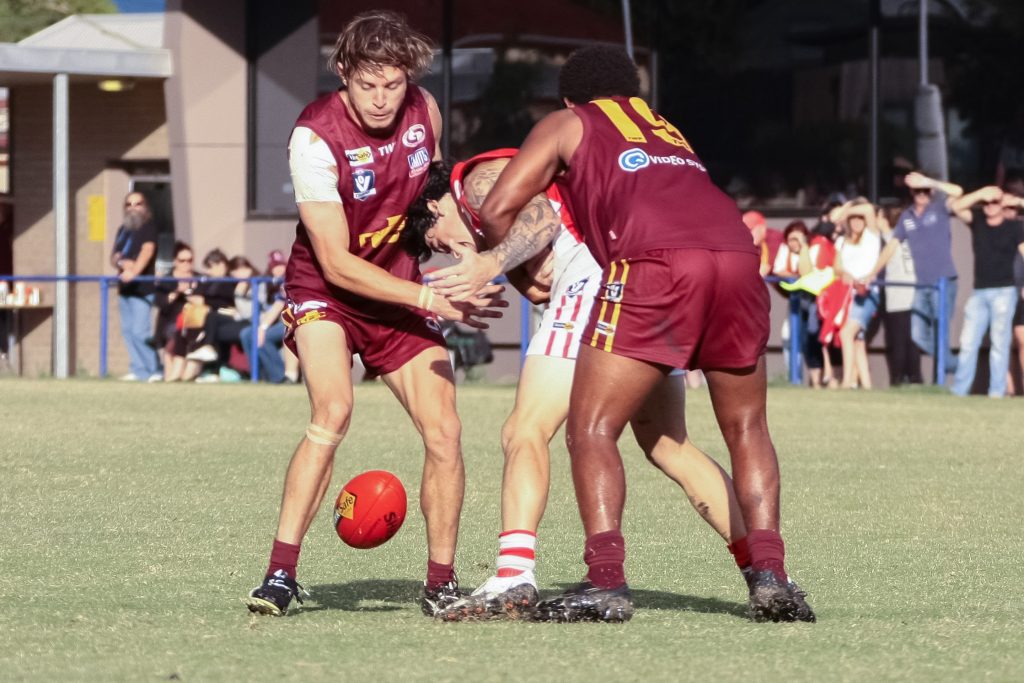 “One thing I miss about Australia is the pre-season; I am looking forward to getting my team fit and really getting stuck into it for the upcoming season.”

“I am also looking forward to getting back into the weekly challenges of football and returning Corio back into a successful club in the GDFL.”

“My year in Ballarat was successful and I learnt a lot off Shane O’Bree and my coach Jarred Edwards so those lessons have been stored with the intention of implanting them in the GDFL.”

Now captain of West London, Challis will hope to add one more premiership to long list of achievements later this month before returning down under.