Belmont ruckman Brodie Edge has continued to make a promising return to local football after being reinstated as his side’s senior captain last night.

The 27-year-old, who played 55 senior games for the Lions from 2014-16, was absent from the senior side last season after he opted to train and participate in triathlons instead.

“It’s been great to be back with the boys, obviously my last year’s worth of training lacked the comradery you see here at Belmont,” Edge said.

The Lions managed just three wins last year while the ruckman participated in three half ironman triathlons (whereby a participant competes in a 1.9km swim, 90km bike and 21km run).

Edge will be joined in the leadership group by fellow GDFL club best and fairest winners Jack Baker and Alex Hann (vice captains) as well as Adam Beath, Jay Kirwood and Nick Sneyd.

Ross O’Connell rounds off the group, he will be the standalone captain of the club’s reserves outfit.

Edge stood strong in the Lions’ practice match against WRFL club North Sunshine earlier this month after battling in the ruck for eight quarters.

The task appeared a walk in the park for the 195cm tall Edge as a result of his disciplinary fitness regime and change of diet which has influenced a 9kg weight loss since his last senior game.

“A lot of the guys have asked if I was still training three to four times a week during last year when in actual fact you’d be looking toward the six to eight mark,” Edge said.

“There was the three main events then a couple of half marathons in trail running and a 50km trail run as part of the Surf Coast century.” 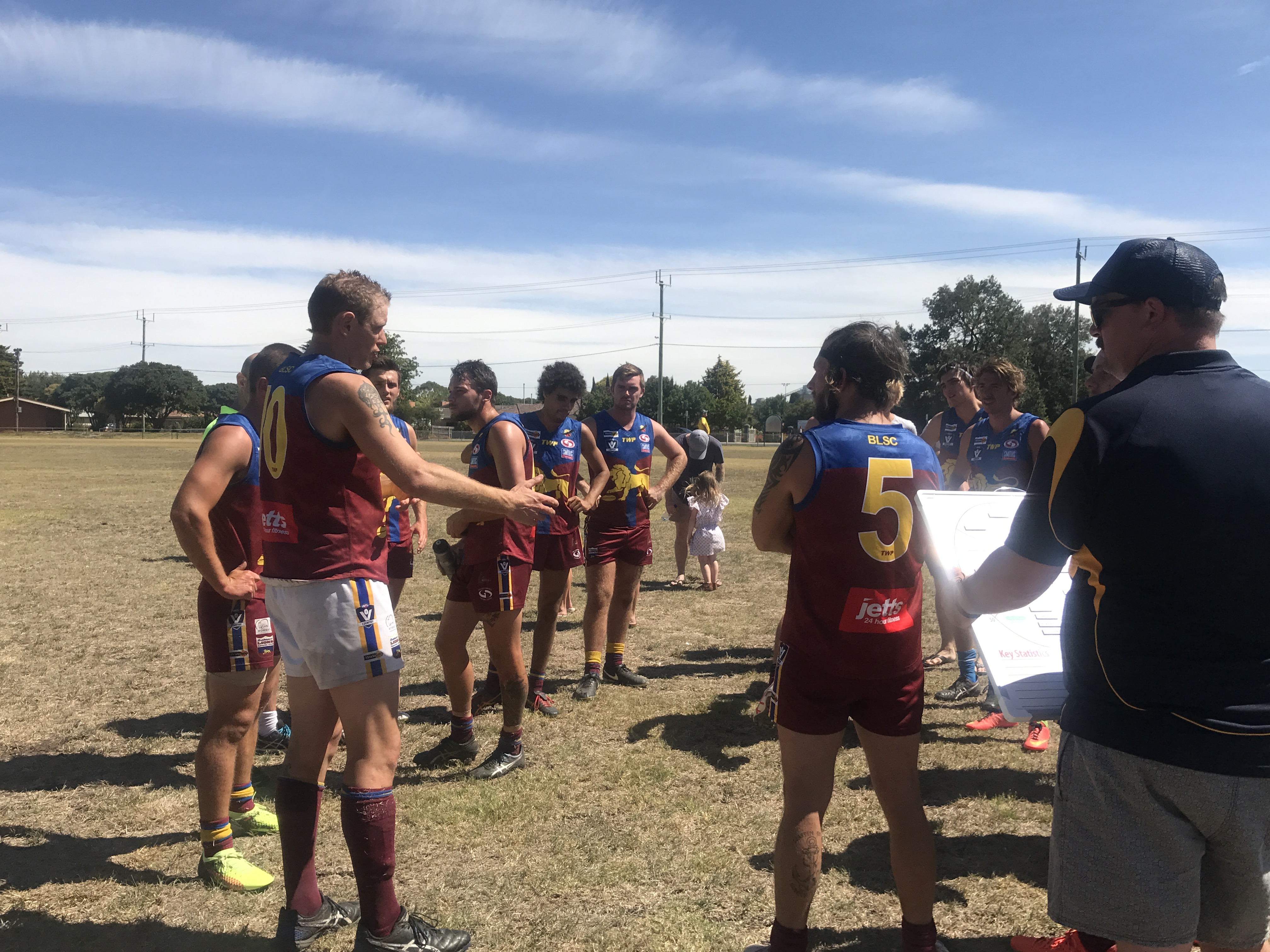 He added, “I found out a lot about recovery and the importance of active recovery which I now incorporate in hopping on the bike for 30 minutes for an easy spin after a hard session.”

“Nutrition was another big learning curve where I thought I ate reasonably healthy but with encouragement from a friend from raw ambition I have included more raw fruits and vegetables as well as healthy fats into my diet.”

Edge will lead his men out against Bell Post Hill in Round 1, a task less daunting under the guidance of his new coach and former Panther premiership star Ash Witney.

“Ash is very regimented and specific to be honest and that’s been great from the start,” Edged admitted. 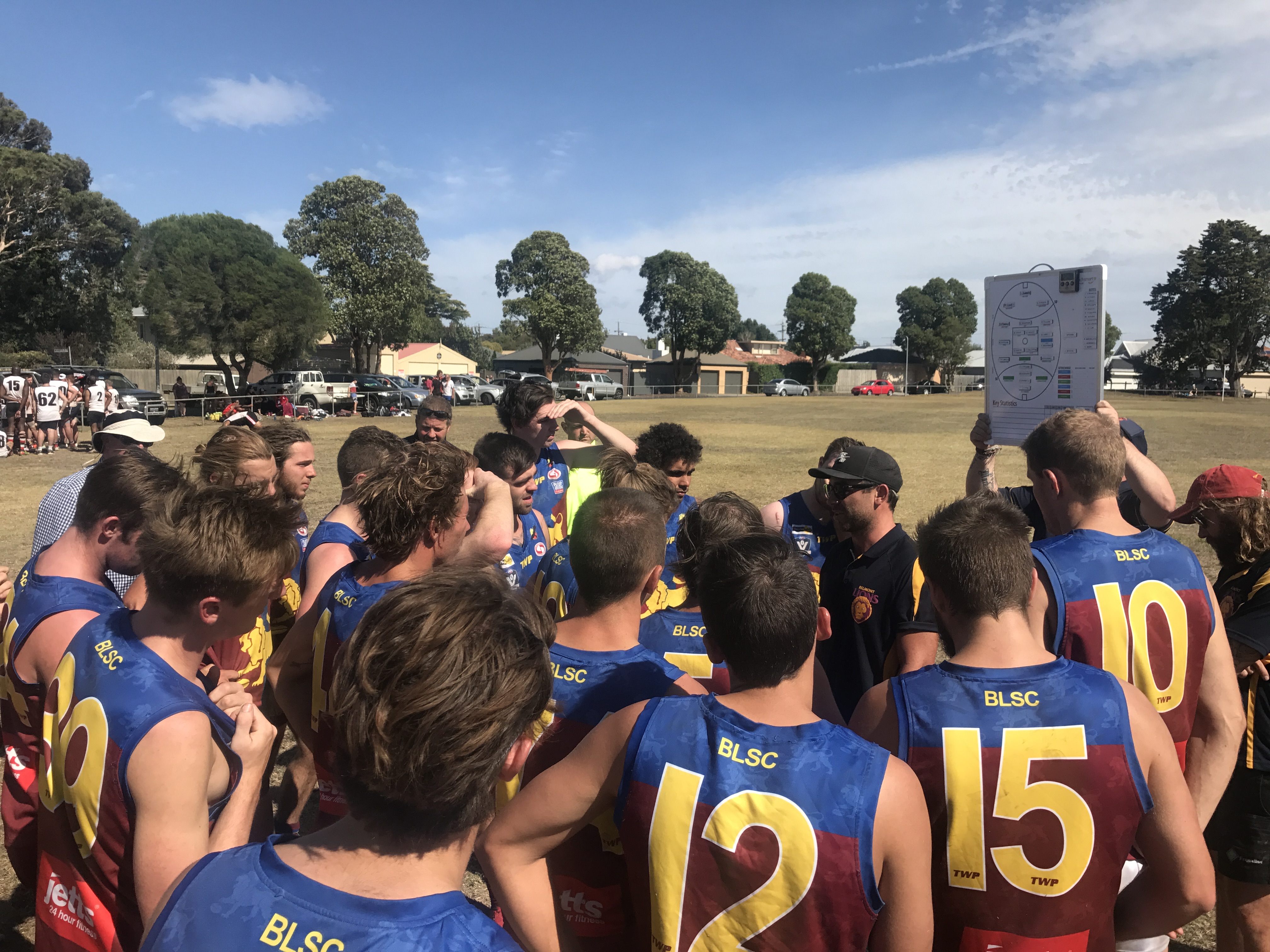 “He has been on top of everything footy wise so now I just need to polish the skills before Round 1 especially when measuring kicks (sort of) 45m out.”

“I can run 20km no worries and I’m still pretty confident with the short and sharp stuff I just have to drift out of the mindset of just jogging a long.”

The Lions will playoff against GFL side Geelong West Giants at Corio this Saturday with the senior match expected to commence at 2pm. 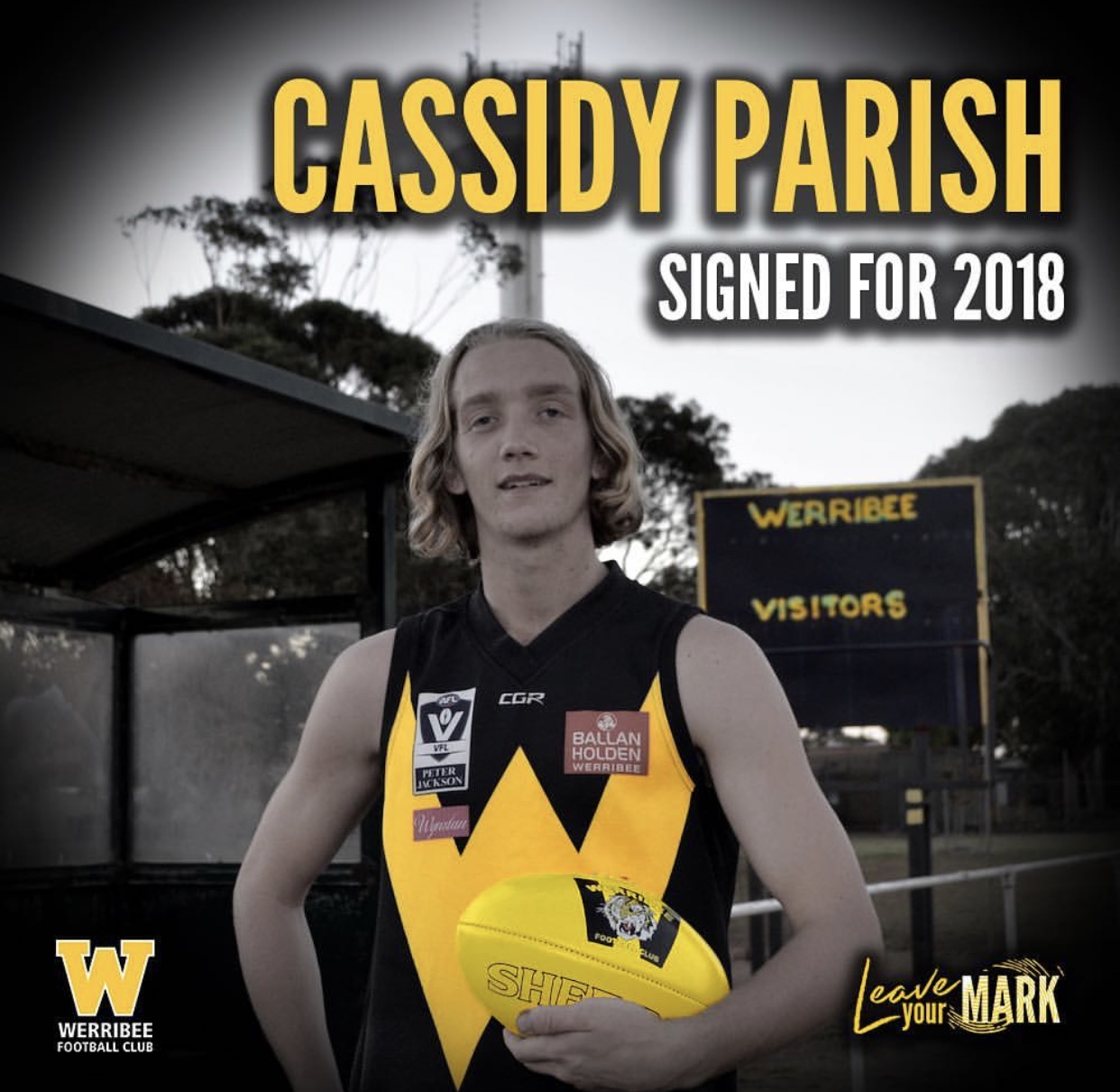 MEANWHILE the league would also like to congratulate former Winchelsea junior Cassidy Parish after the 18-year-old signed with VFL club Werribee last night.

Parish, the younger brother of Essendon star Darcy, played a total of 38 games for the Geelong Falcons from 2016-17.

Last year the teenager starred for the Falcons’ in their drought breaking TAC Cup premiership win before returning home to claim the Norris Harding trophy (club best and fairest award).

The Tigers will playoff against Geelong in a practice match tomorrow night at GMHBA Stadium (Kardinia Park).