The Geelong & District Football League has been recognised by AFL Victoria this evening in a range of categories shortlisted for next month’s football media awards.

The league has been proudly nominated for best use of online media.

In Round 12 this year the GDFL executive was asked by the ‘KEMPE: Read The Play’ group to help promote their message ‘#1in4rtp’ whereby one in four young people in Australia experience a mental illness in any given year. 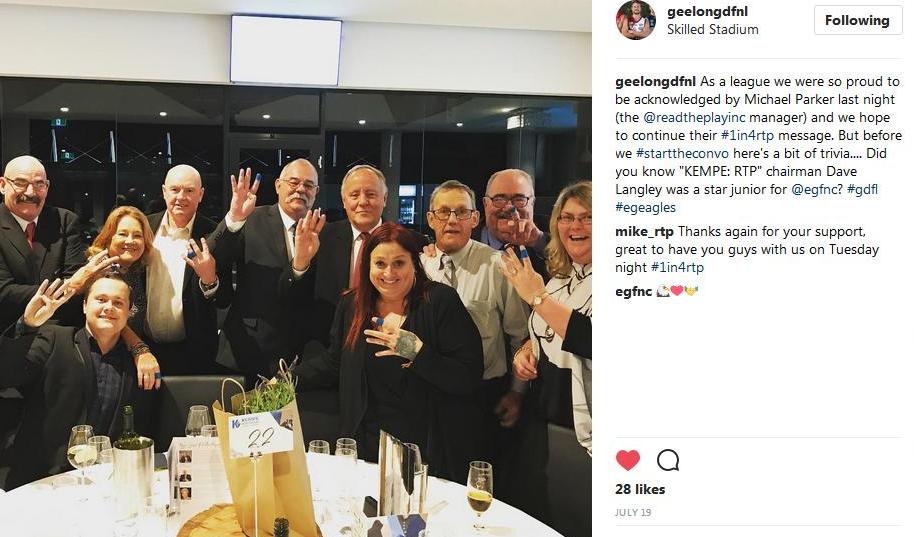 Our league’s Thick & Thin ambassador Adam Vaughan (Geelong West footballer & local policeman) also asked us to share their message ‘#StartTheConvo’ whereby VAFA players are asked to start the conversation about the one in four young people.

Therefore the GDFL media desk decided to merge the two campaigns into one to quicken the conversation and help reduce the stigma.

Players were asked to take a selfie (photograph) with four fingers held up, paste the following message and nominate two teammates to do the same on social media:

It’s time to #StartTheConvo and Read the Play. One in four young people in Australia experience a mental illness in any given year; it’s time to reduce the stigma. The #Geelongdfl would like to relay the message from KEMPE and Thick & Thin and I would like to nominate…… and ….. to spread this #1in4rtp message.

A total of five players contributed on the first night before the league reached the target goal of 20 on the third day.

By the Saturday afternoon of our Mental Health weekend on July 1, 2016 a total of 80 players from all 12 member clubs had joined our campaign on social media. 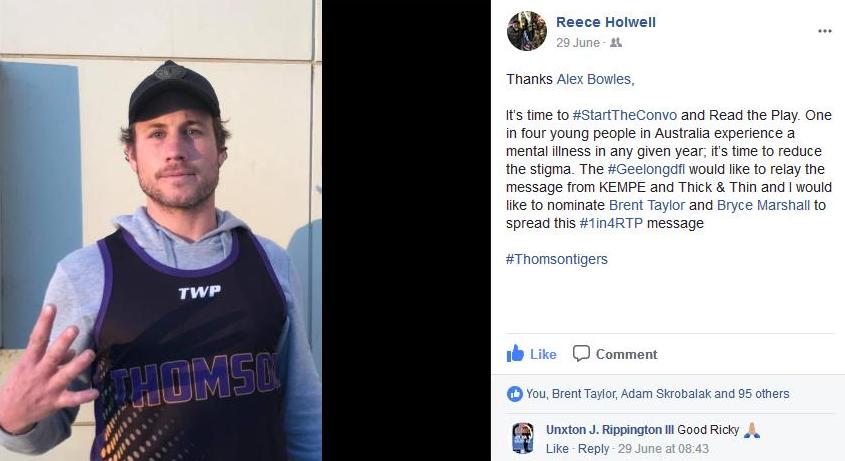 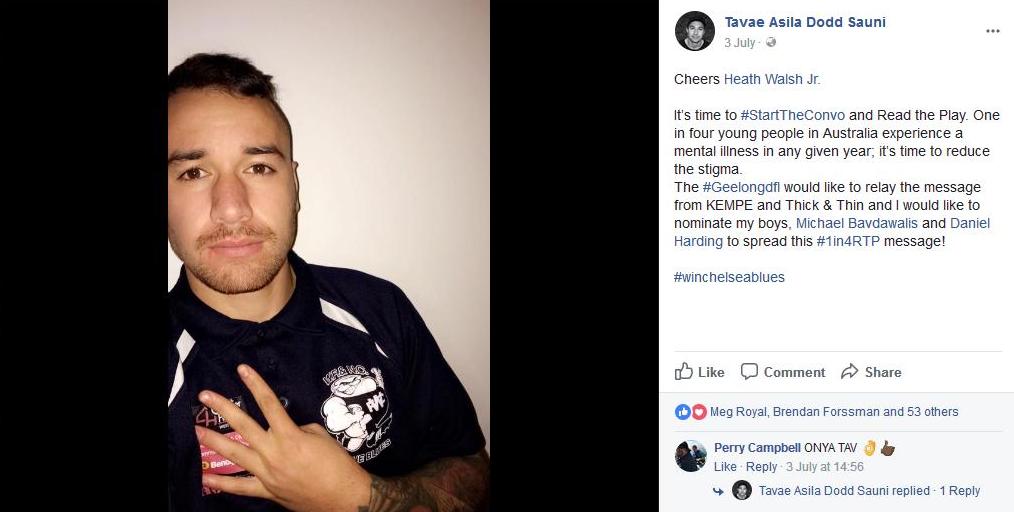 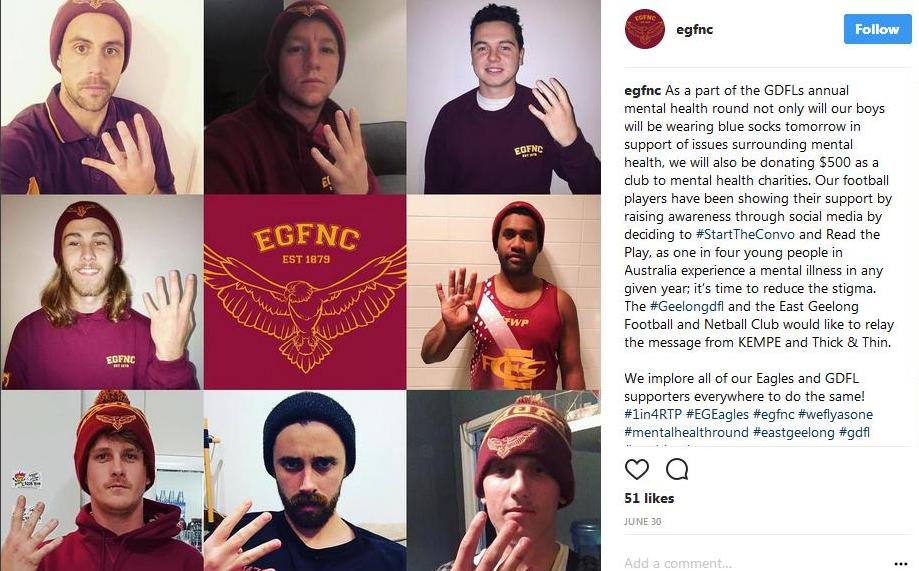 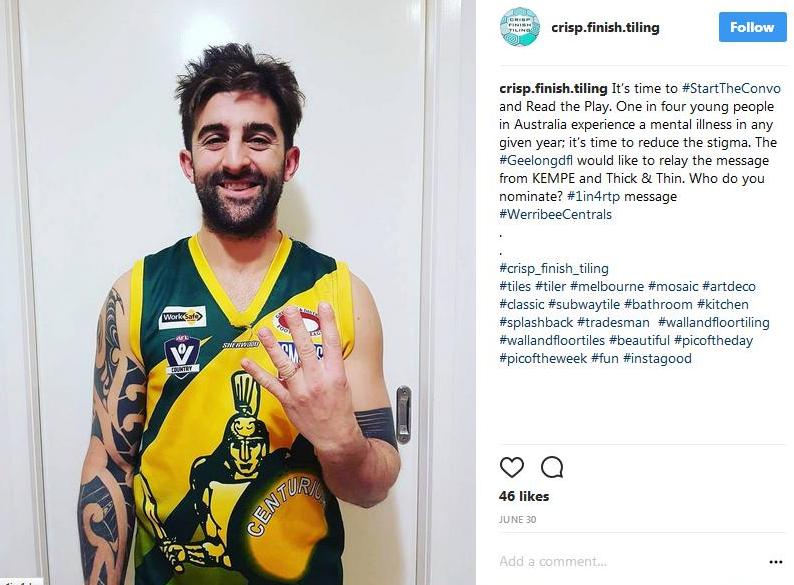 The GDFL also renamed its football record’s regular heading from “Match Day” to “#StartTheConvo” to continue to raise awareness for those spectators who do not use social media. 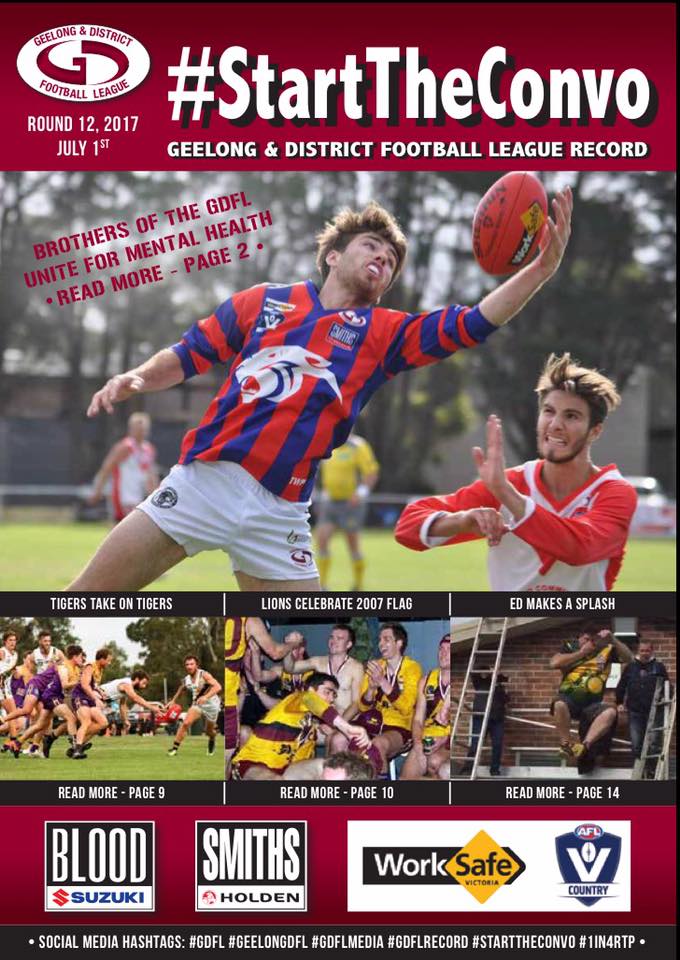 And the league also printed 42 players and officials on the back cover of the Round 13 edition with the following message at the bottom:

“Last week we asked all of our readers to ‘StartTheConvo’ and spread the message that one in four young Australian adults will suffer from a mental illness…. A thank you to all who helped us break the stigma last week.” 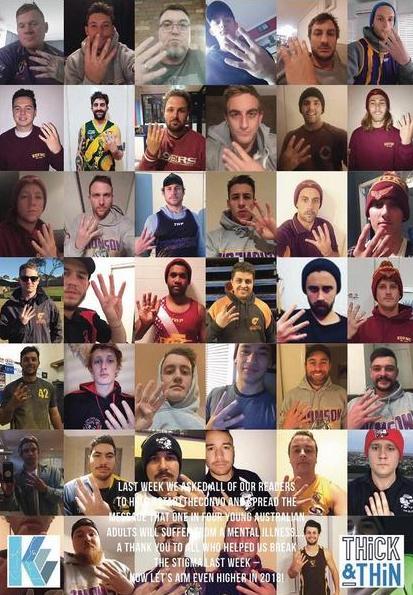 The social media campaign is one of 11 nominated for the award.

The GDFL record column “Around the Grounds with Alex Tigani” has also been nominated for “Best Football Column (Football Record)”.

While 2017 marked the first year that the GFL and BFL opted to end the production of their match-day publications the GDFL is still one of seven nominations.

Last year’s recipient, the SFNL, has been nominated twice this year for “Inner Sanctum – Jason Barbin” and “In the Spotlight – Brittany Goldsmith”. 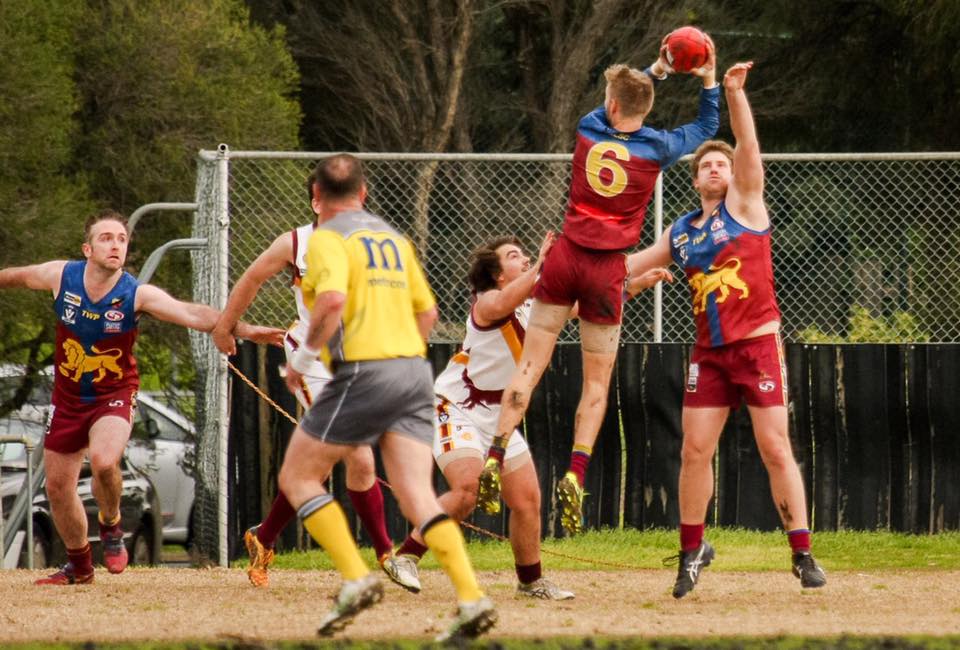 A total of 11 nominees will be in the running including Weekly Times journalist and GDFL record tipster Hannah Driscoll for her piece “Tiny town with a big heart”. 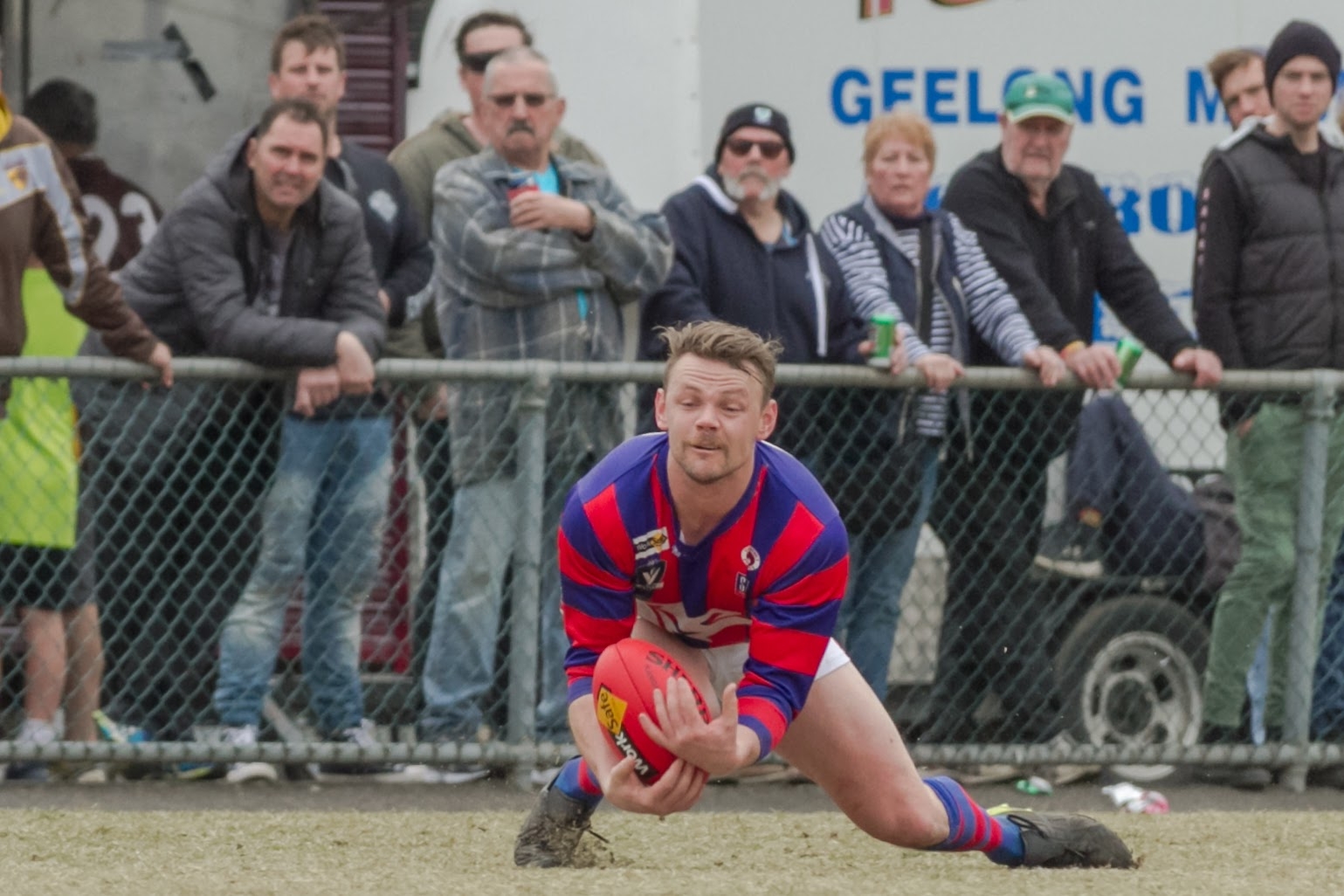 Three of the seven nominees for the “Best Football Column (Community)” are also Geelong Advertiser writers.

They’ll be in the running against CDFL guru Max Blake who contributed to the GDFL’s social media campaign in Round 12. 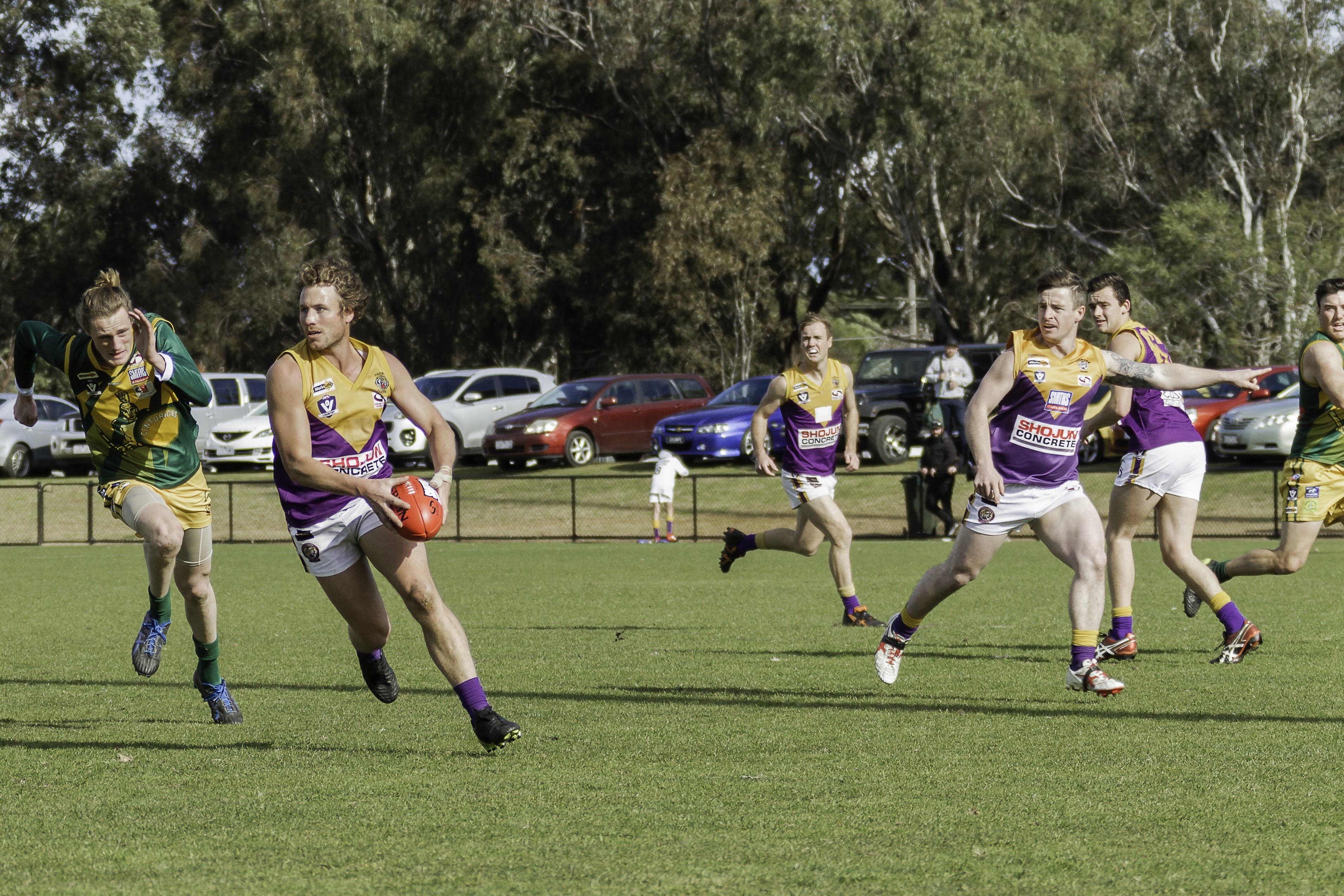 The Geelong Advertiser and K-Rock Football will also be in the running for the “Best Print/Online DAILY Coverage” award against last year’s winner, Shepparton News.

The Geelong Advertiser last took out the award in 2015, celebrating back to back victories.

And finally, the GDFL would like to wish Tom King all the best for his program “The Wash-Up 95.5fm”, one of seven programs nominated in 2017.

The program aired each Sunday morning with interviews featuring GDFL coaches and players including Jak Kennedy Hunt, the morning after the Hawk registered his 100th goal for the season. 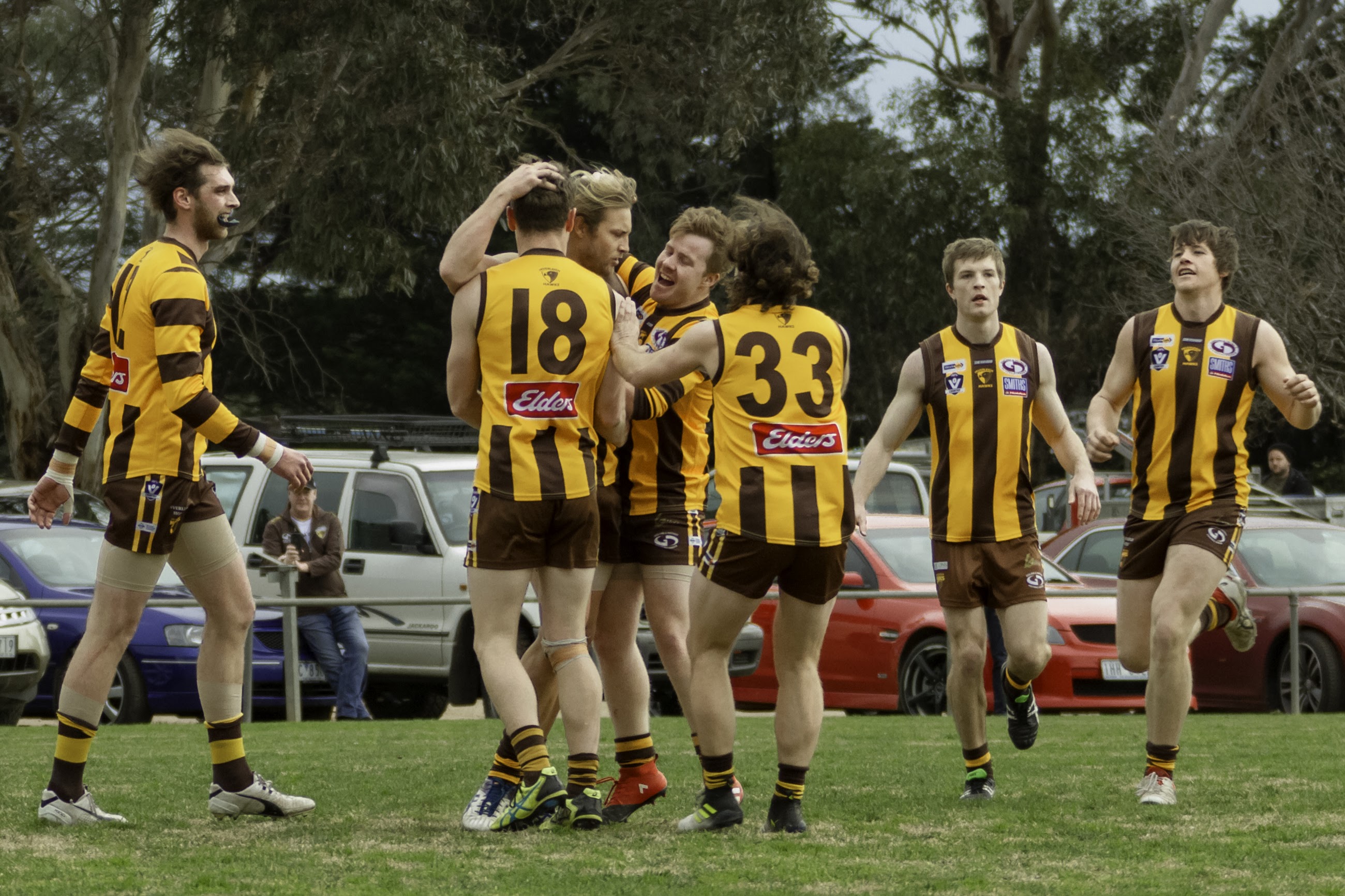