Goal race down to the wire

15 Aug Goal race down to the wire

Reigning GDFL Whitley medallist Jak Kennedy Hunt has urged his teammate Nathan Mayes to be proud of his efforts this season regardless of whether he passes his fitness test tonight.

Mayes, who has never even won a club leading goal-kicker award since starting his junior career in suburban Mildura, currently sits on top of the GDFL table with 51 majors.

However a hamstring injury prevented him from taking on Thomson last week and he remains in doubt for this week’s clash against Corio.

“We have bigger fish to fry so it’s unlikely at this stage but we’ll see what happens,” Mayes explained. 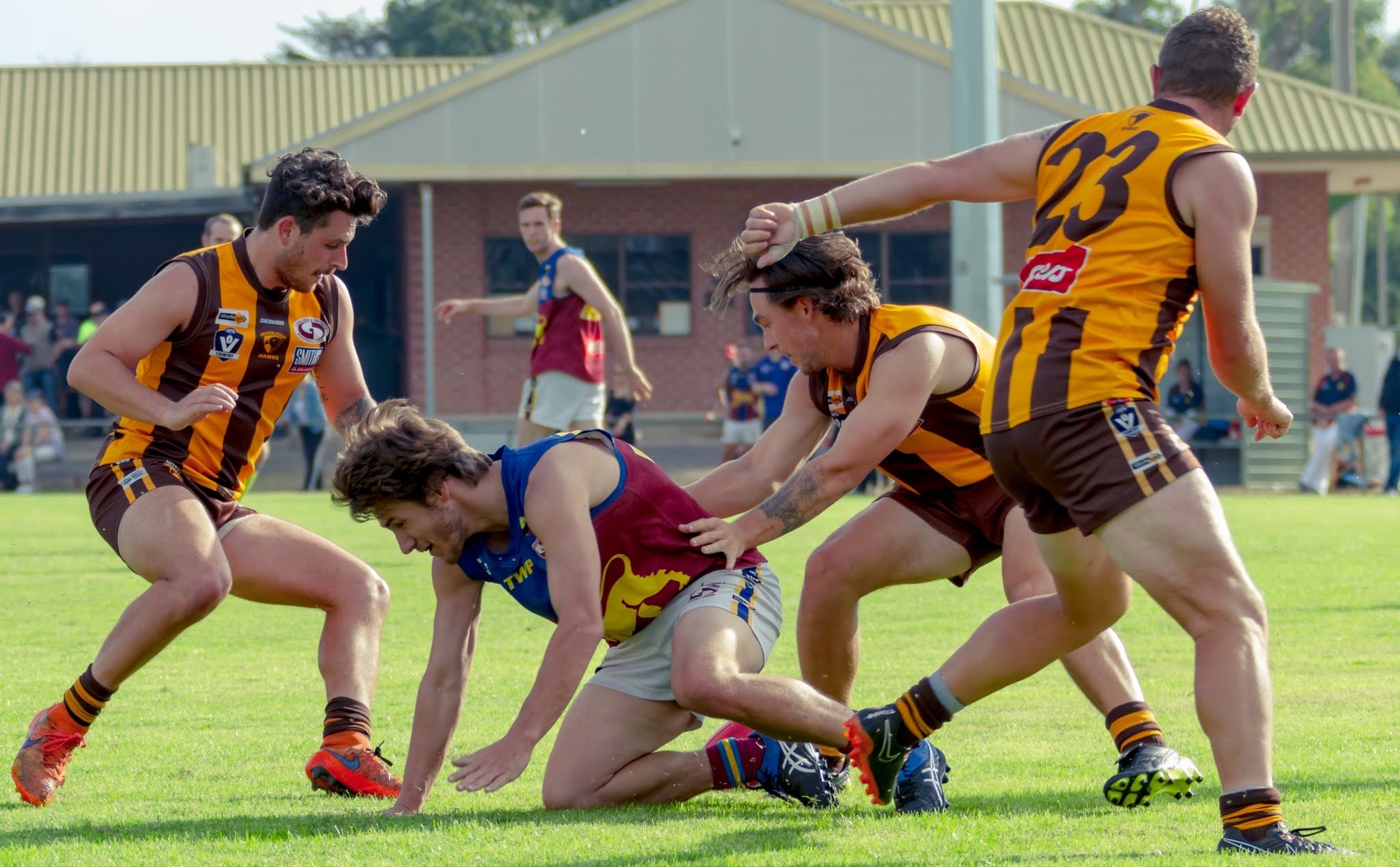 Currently stranded on 43 after only eight appearances in 2018 the prolific spearhead admits he’s enjoyed watching his teammate apply himself each week.

“At times we had to confront the players this season behind closed doors and I’ll admit some didn’t take it the right way,” Kennedy Hunt explained.

“But Nathan took it all on board and that was evident in the player that he has become and he hasn’t missed a session since.”

When asked to compare the 25-year-old to a former teammate, Kennedy Hunt was split between two options:

“Simon Phillips over at Norwood (SANFL) or a Rob Costello at Werribee, a dangerous small forward when that ball comes in.”

“If those types have five metres of space in the forward line then they’d hurt you every time, Nathan has stepped to the plate this season.” 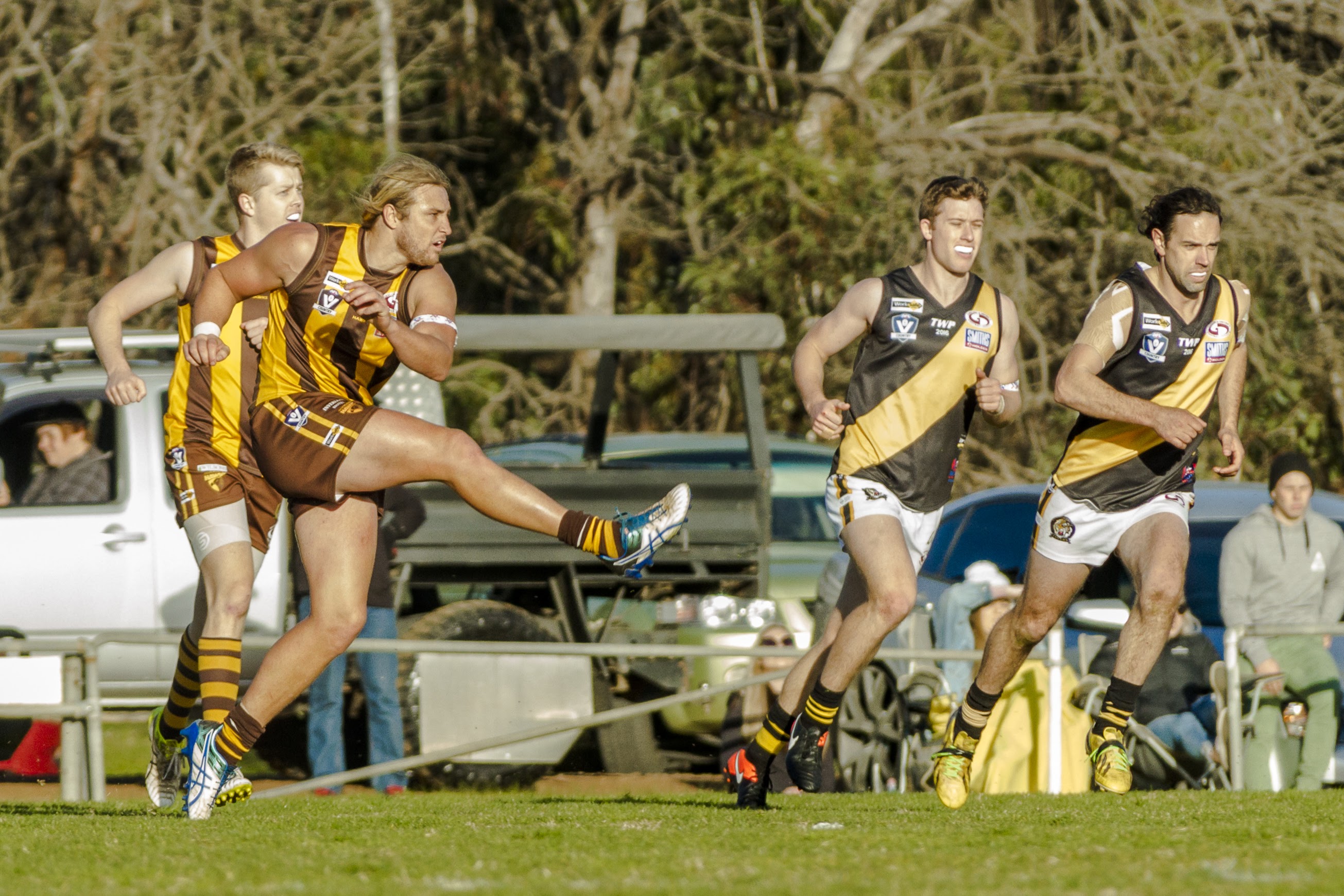 “I might have to hit up my good friend and Anakie defender Pupp (Mitchell White) to nullify Ettridge on the day,” Kennedy Hunt added, playfully.