Anakie stalwarts Jack & Joy Osbourne added another milestone to their long journey in the region yesterday when unveiling their club’s new facilities.

The league’s number-one ticket holders were delighted to stand before their proud community with hundreds donning the red and blue when uniting in applause.

“Rather than unveil this facility I would be honoured to invite Jack and Joy to do so alongside our esteem guests,” club president Heath Menhennet said. 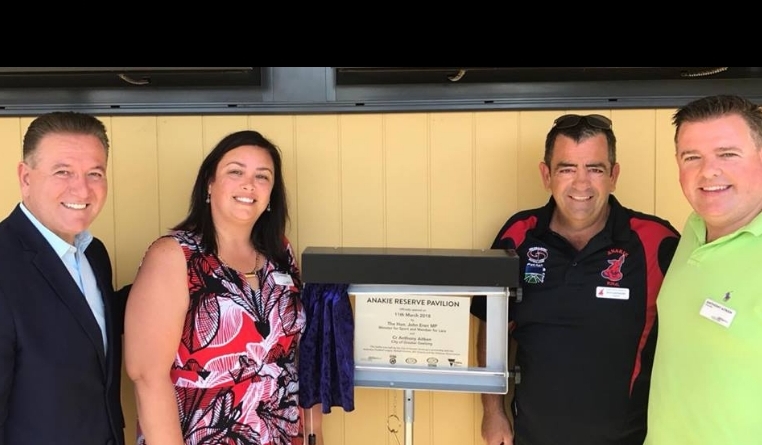 “It was an honour today and what made us feel so good was to see so many people at the event,” Joy Osbourne said.

The pair was assisted by the honourable John Eren MP (Minister for Sport and Member for Lara) and Cr Anthony Aitken (CoGG). 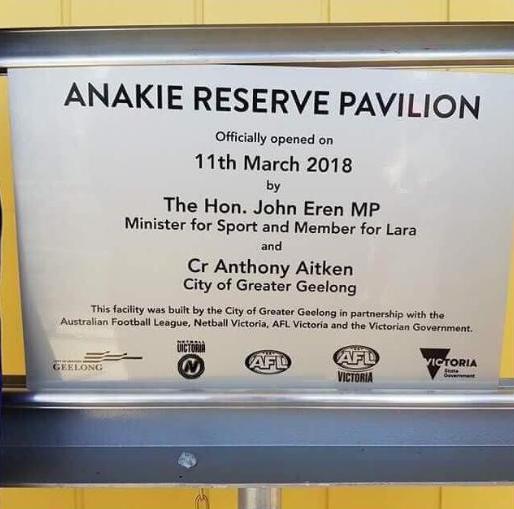 for 150 members and we can now provide disabled toilets to Australian standards,” Menhennet said.

“We now have increased change rooms, separated umpires rooms, removal of asbestos of the old rooms and a continuous power supply.”

He added, “Our dreams are a lot closer than we think, today proves that we’re working towards them.”

For Jack, 83, the occasion marked a memorable long weekend as he received many well wishes on the eve of the couple’s 58th wedding anniversary.

“Some of the people we hadn’t seen for many years and others we may not have recognised due to a summer beard or even a new tattoo,” he laughed.

He added, “Joy and I celebrate 58 years of marriage tomorrow, you only get a 20 year sentence for murder so I’m not sure what I did.”

While Joy laughed with patience while Jack postponed his wicked sense of humour and continued:

“I’ll always be a proud Anakie man, I’ve been a member since 1947 and I’ve played the most games.”

“Our 1967 premiership will always be our greatest memory but I think today was also pretty special and we were very happy to be invited.”

Anakie will commence its season hosting Thomson on Sunday April 8 to complete the GDFL’s Round 1 fixture.