Rising netball star Charlie Connors has continued to make her mark in the regional netball scene after guiding Bannockburn to another grand final victory last night.

The Tigers led GFNL club South Barwon at every change to pull off a memorable 30 to 13 championship victory for their proud coach Kath Bourke.

“It was a great team effort because all of the girls played their role,” Bourke said post-match. 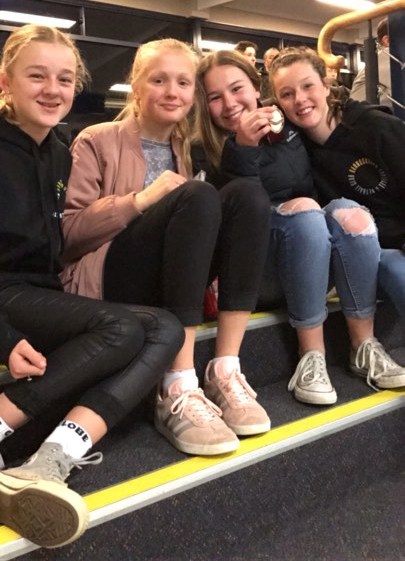 Connors, who won the GDFNL 13 & under league best and fairest six months earlier, added a best on court medal to her already long list of achievements in the yellow and black.

The medallist continued to inspire her teammates throughout their undefeated summer campaign.

“Charlie Connors was deservedly best on court and she’s been a great captain,” Bourke added.

“It was a great job by all the girls.”

Bannockburn, who finished fourth in last year’s 13-&-under winter season, will travel to Corio in Round 1 before hosting reigning premier East Geelong two months later in Round 10.

Meanwhile, GDFNL junior reporter Mark Pope will justify his status as ‘king of the kids’ after he was appointed as Anakie’s under-10 football coach.

Pope, who has played 37 senior games for the Roos since making his debut in 2014, made the announcement to his peers with jubilation yesterday.

“It feels amazing to be the under-10 coach for the first club I played with (Anakie Football Club),” Pope said.

He continued, “This appointment means the world to me, my father is an Anakie man and to represent the club at a coaching level means the absolute world.”