THE MOVE: Kennedy Hunt unleashed in the middle

19 Jul THE MOVE: Kennedy Hunt unleashed in the middle

It was the move that Mark McDowell had hoped to save for September.

However when Inverleigh trailed arch rival Bannockburn in Saturday’s top of the table clash, the senior coach shifted his star goal-kicker Jak Kennedy Hunt to the midfield.

And it paid off.

“He (Kennedy Hunt) was potent up forward but I thought he was really good when we put him in the midfield,” McDowell said.

“It changed the angles of how the ball gets delivered to him.” 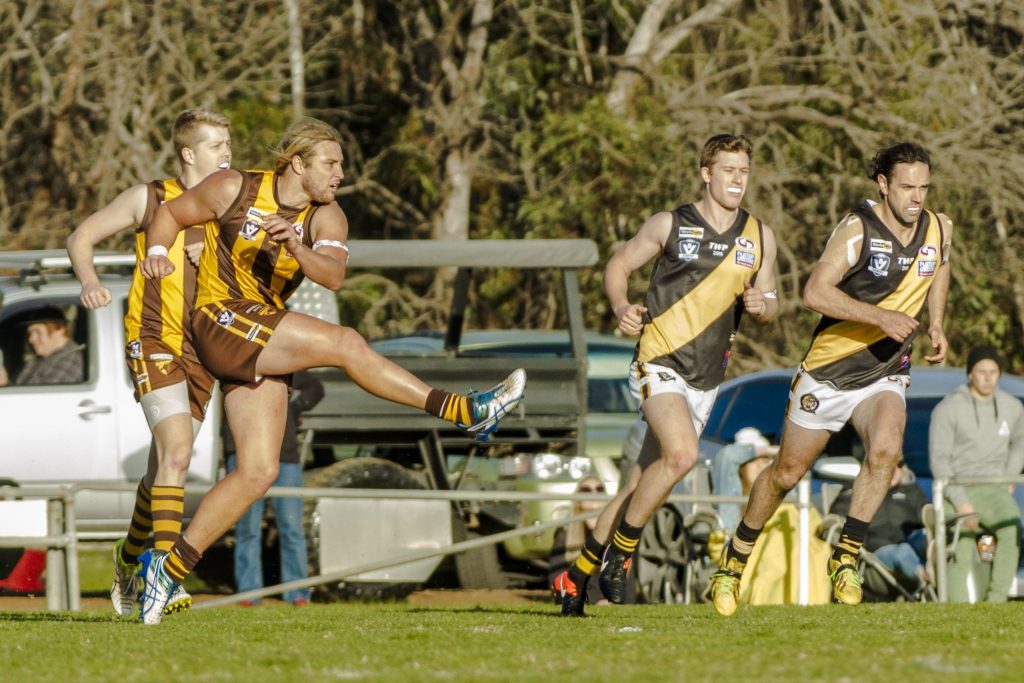 The power forward finished with five goals, bringing his tally to 98 for the season, 22 disposals and ten marks; enough to be named as his side’s best player for just a fourth time this season.

“We were planning to save that trick for the finals but we had to unravel that this afternoon,” McDowell explained.

After conceding the first four goals of the game and then trailing by 14-points in the final stages, the home side never surrendered.

“We were chasing all day and found it difficult to get our game going at different times and then when we got it going there were things that went against us,” McDowell said.

“Players who were down early picked themselves up in the second half.”

He added, “Rusty (Ryan Garrard) was butchering the ball in the first half and was starting to feel down on himself but he turned himself around with his tackling.”

“Blake Hutchison was good all day but his third term (14 disposals) was just sensational, it changed the game in my view.”

Kennedy Hunt was not the only first year Hawk to win over the coaching staff with EFL recruit Michael Best collecting 24 disposals (17 kicks) off half back. 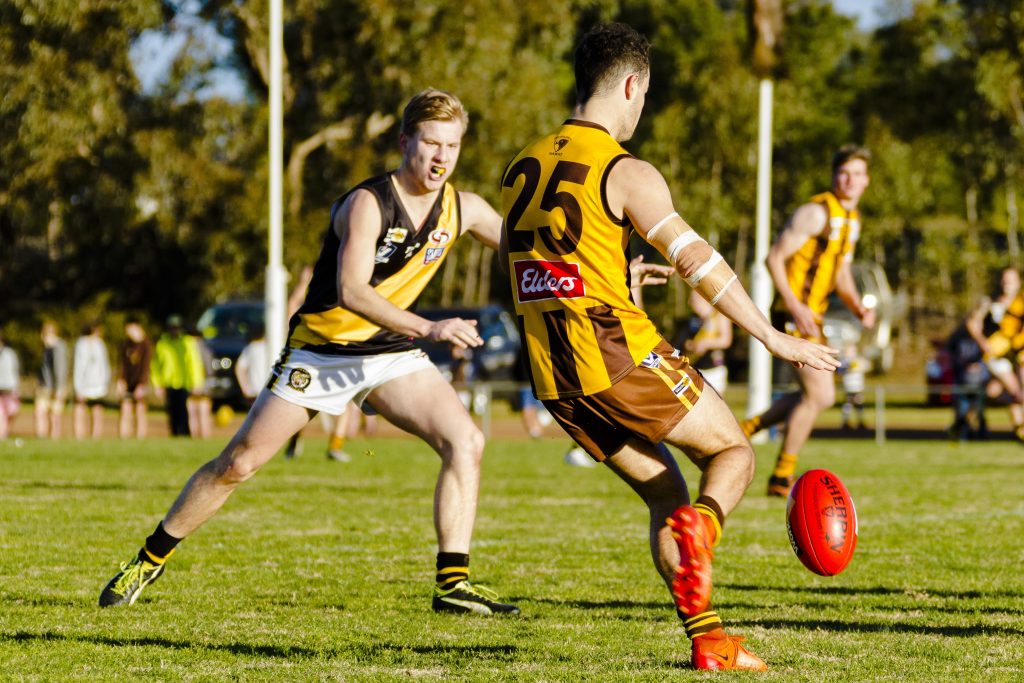 “Michael Best was good off half back and the umpires pinged him for running too far,” McDowell recalled.

“Like honestly? We want to entertain the crowd not bore them.”

“Brandon Nankivell also had a role to shut down (Connor) Jervies and I thought he did an excellent job for only his fifth senior game.”

“His rundown tackling and aggressive tackling was evident in the second half.”

“There’s another player who picked himself up in the first half, he (Templeton) came up to me and said ‘I’ll pick up Watts’ and I said right, you’ve got the job,” McDowell said.

“We’ll all remember how he kicked the really important goal but you also want to note how he lessened Watts’ impact.”