Praise for Poodle ahead of GDFL team of the year selection

On the eve of his final test of the season Anakie coach Chris Moore believes his ruckman Luke Wilson has done enough for GDFL team of the year selection.

The Roos will enter tomorrow’s clash against Bell Post Hill as the underdog; unlikely to end a losing streak dating back to Round 14, 2008.

Nevertheless the third year senior mentor has seen enough improvement in both his side and his 27-year-old tap-specialist in recent weeks.

“I honestly think that Luke Wilson is the best ruckman in the league but I don’t think we (Anakie) have another contender for the side after that,” Moore said. 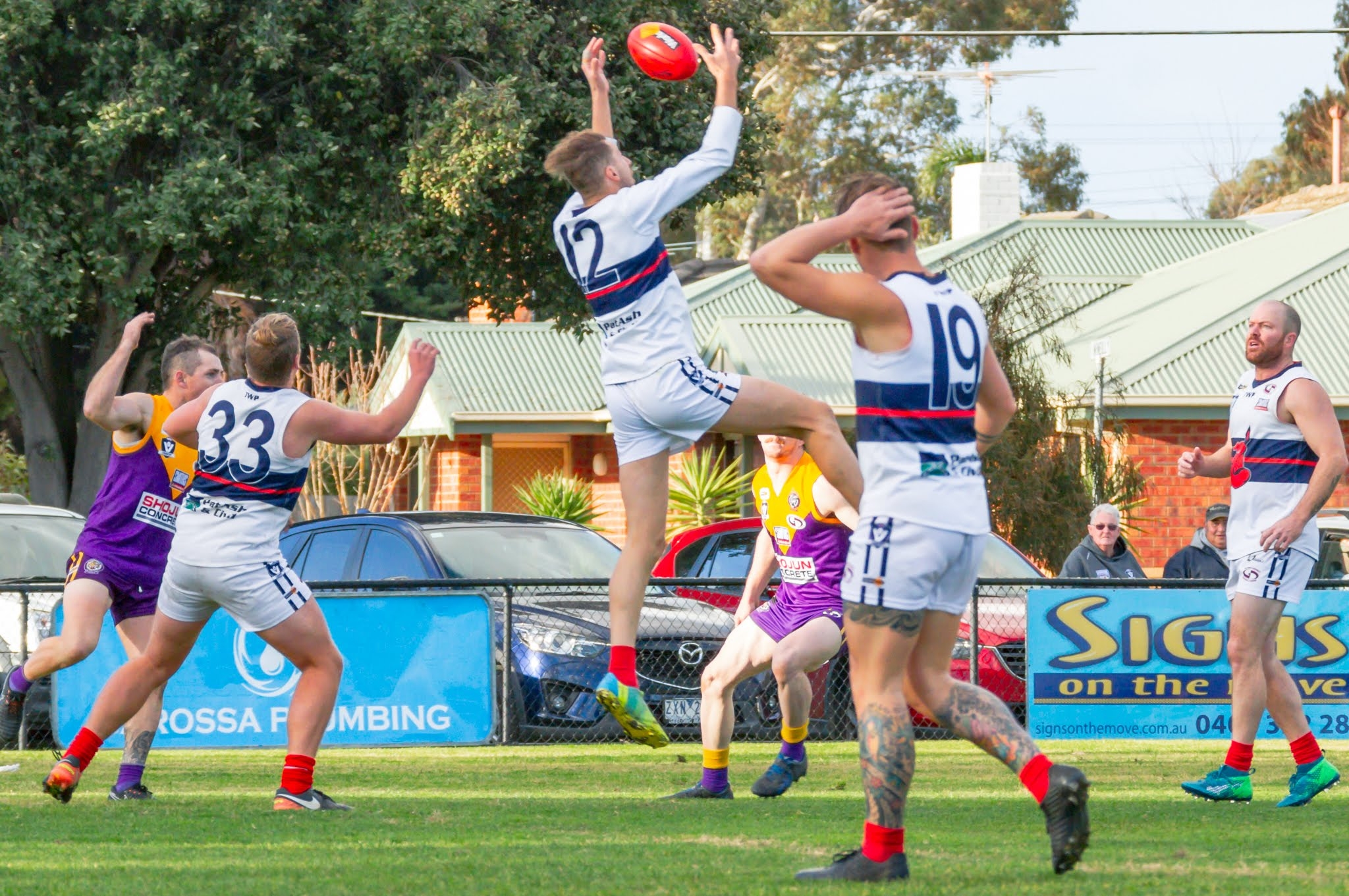 “We have had blokes who have had great patches this year but Poodle would have to be our best chance of representation given he’d be the lock for the ruck position.”

“This Saturday will all be about being consistent, going forward and accepting the challenge.”

After an impressive 8-10 record in 2017 the Roos were winless in the opening six rounds this season; partly due to the PCL injury of returning goal-kicker Jamie Pitman in Round 1.

However the Roos have remained in the 2019 finals discussion thanks to wins over Winchelsea and Belmont over the weekend. 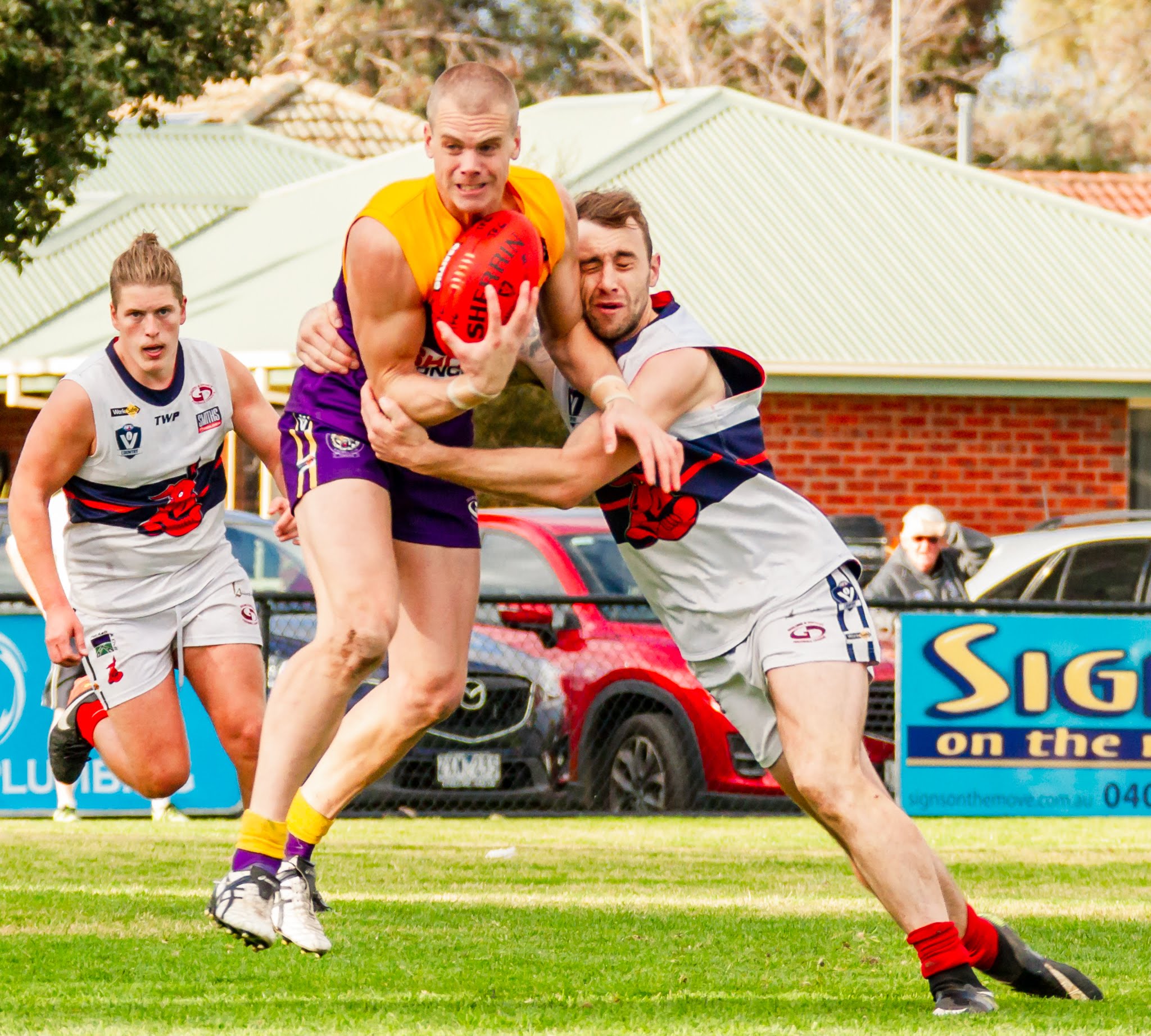 “We’re having patches in games but quarters were letting us down,” Moore said.

“Obviously we were seven or eight goals up against Belmont the first time around in Round 6 but we just took the foot off after half time.”

“For us to be a competitive side we need to play the full four quarters so, with the exception of the Winchelsea game, the weekend was our best four quarter performance.”

“Even in the Bannockburn game we were 15-points up into time-on in the third and then they got up in the last which killed us.”

Jamie Phillis, who leads the club goal-kicking with 25 majors, may finally get his hands on a senior club best and fairest in the coming weeks.

The senior captain has proven to be a focal point up forward from time to time while covering the role initially planned for Pitman.

“Quite honestly we built a game plan around Jamie Pitman in the pre-season but to lose him after three quarters was hard for our playing group,” Moore admitted. 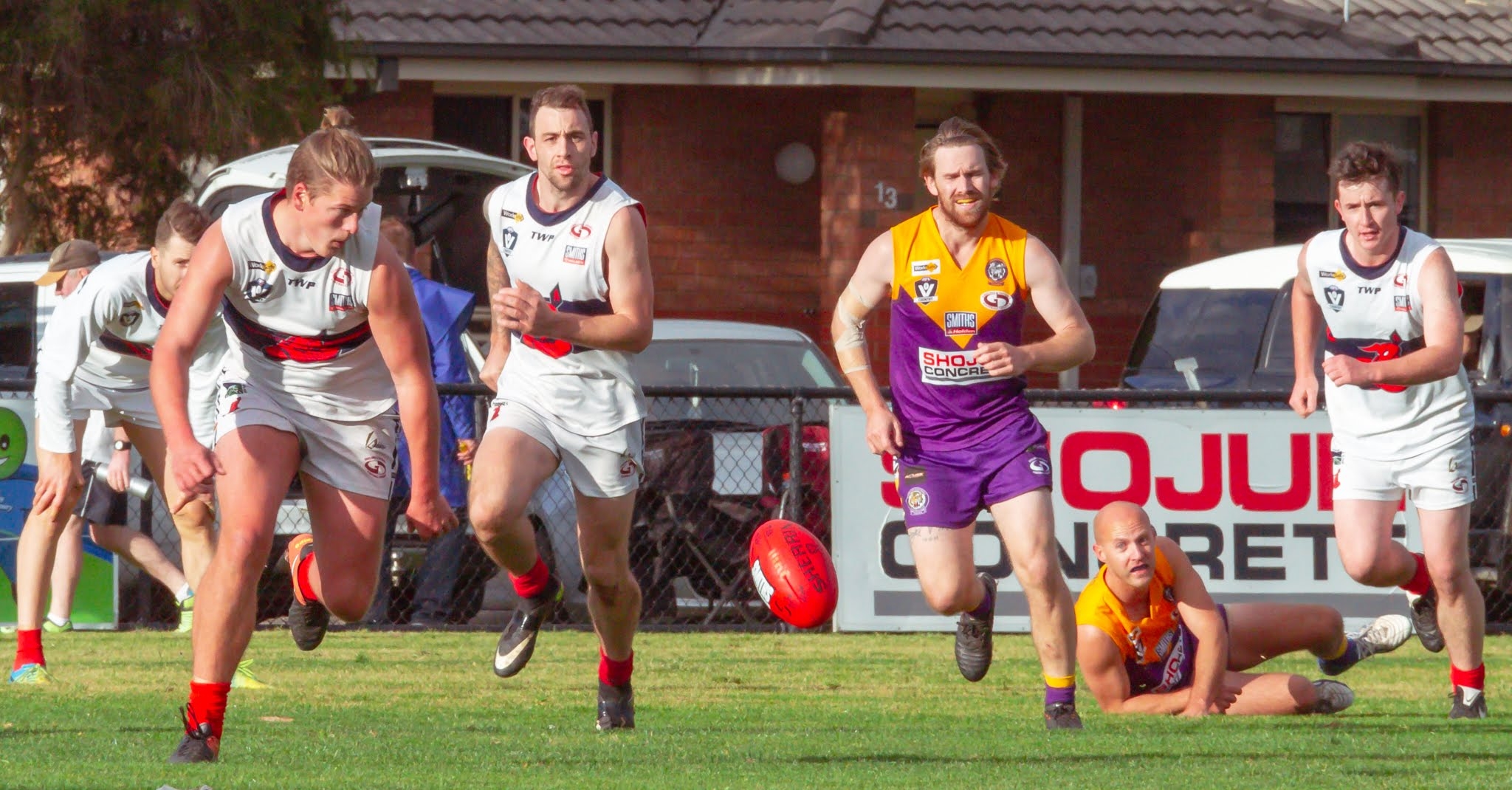 “Todd Hearn was really starting to come through mid-season but he did his hamstring three weeks ago so we’ve had guys pinch-hitting and even Justin Lewis did the job on the weekend.”

MEANWHILE Corio playing coach Andy Challis has confirmed the signing of 13 members of his starting line-up.

Campbell, who took out the best on ground medal in last year’s under-18 grand final, already looks on track to take out the AFL Barwon under-19 (Division-3) best and fairest.