READ THE PLAY: Why the four fingers?

19 Jul READ THE PLAY: Why the four fingers?

It’s been a conversation starter across the GDFNL community in recent weeks.

A fortnight ago, our league attempted to combine the initiatives of two worthy foundations in “KEMPE: Read The Play” and “THiCK N THiN” for the GDFNL’s annual Mental Health Round (12).

Leaders from both organisations asked us to relay the message whereby one in four young Australians experience a mental illness in any given year.

Through the form of social media players, coaches and supporters were asked to take a selfie with four fingers held up to raise awareness of the alarming statistic.

Furthermore, participants were asked to use the hashtags “1in4rtp” on behalf of KEMPE as well as “StartTheConvo” promoting the THick N ThiN motto initiated by former Geelong AFL star Simon Hogan in the VAFA.

As a result, over one hundred members of our league joined the social media campaign with significant numbers from East Geelong and Thomson in the first 48 hours.

42 of these posts were then selected at random and posted on the back cover of the following week’s match day publication.

Last night, at the organisation’s 11th annual charity dinner, Michael Parker (KEMPE: Read The Play manager) turned toward the GDFNL table to pay tribute to all involved with the social media campaign. 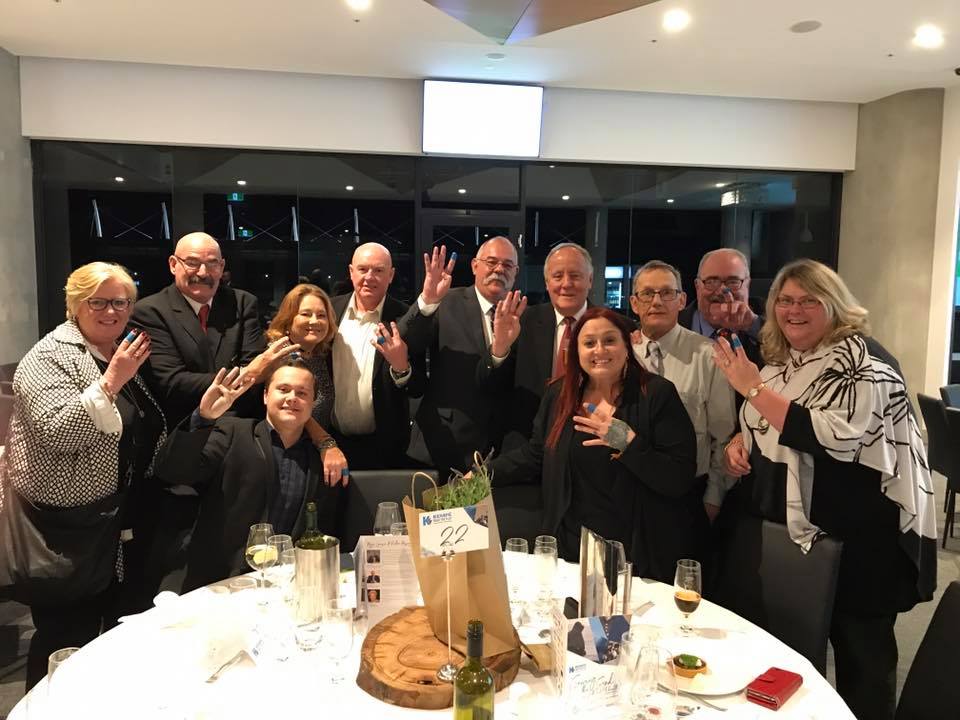 Please, if you have not done so already, take a selfie with your four fingers in view and continue the message.

Other highlights of the night included a scholarly key note presentation from Dr Susan Alberti AC, who generously donated $5,000 to the cause, as well as 2015 Geelong AFL best and fairest winner Mark Blicavs.