By this stage of the season the young developing Centurions had dropped six premiership points outside of the top five ahead of a tough run home.

“We thought our season was over after that game; we were up by 20 points but we then got nervy and lacked composure in the end so it was pure heartache,” Smith recalled.

“We lost to Inverleigh, Winchelsea and drew with Anakie at the start of the year but on the second occasion we’ve held off all three so the Geelong West result was the only one that stung.” 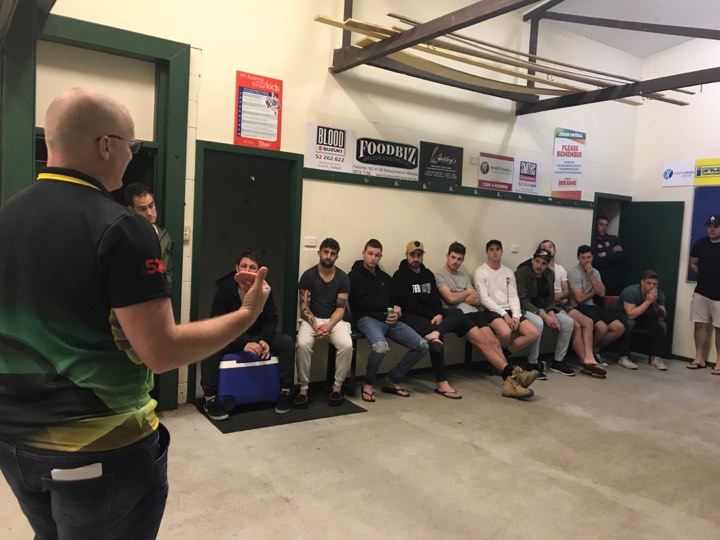 Nevertheless the result has proven to be a minor blemish on the side’s road to a long awaited finals campaign, so long as the Centurions hold off Bannockburn this afternoon.

“The age profile of our group probably said that we could have been anywhere from third to 12th at the start of the season,” Smith said.

“If some of the results did go our way (like the West game) then perhaps we could have finished third but we’ve won twice as many games as we did last year with a round to spare.”

He added, “Had you offered me that at the start of the season then I certainly would have taken it.”

Werribee, a side absent from the finals since 2013, established itself as a genuine contender last month when holding off premiership favourite Inverleigh by 17-points.

“I’ve changed tactic with these guys in terms of the pre-game speech because they like the simplified message of what’s in front of us,” Smith said.

“It’s a bit hard because there’s so much on the line but the actual game itself still has to be played and that win over Inverleigh proves that we’re capable of taking on Bannockburn.”

“We worked out that only two players in our team had ever beaten Inverleigh so we just broke the game into quarterly chunks and we’ll admit no one was more surprised than us afterwards.”

The tall midfielder, who took out the Southern FL second division best and fairest for Mount Waverley last season, has also been invited to train with Geelong’s VFL side this week.

“I think we found the first time through most teams didn’t know much about him but my line is really simple and that’s that ‘we have a lot more to worry about than Jacko’,” Smith said.

“He won the league best and fairest last year and he played through that because he now realises that good players get attention so I’ve encouraged him to just embrace it.”

“(Chris) Judd always said that the ultimate compliment is to get tagged as well so all you can really do is embrace it really.”

He added, “Aadyn Sleep Dalton would also be close to our most consistent player that says a lot for a 19-year-old who’s playing his first season as a defender.”

“Tito Nyawela had a slow start to the season but he has also come storming home in our players MVP award and he’s just stormed home the last ten weeks in particular.”

MEANWHILE Geelong West coach Andrew Clark will be joining the Sportsfix team live on 94.7fm from midday ahead of his side’s final home and away match against East Geelong (listen here).