On the eve of Lesley Mathison’s 660th and final netball game for Winchelsea the club legend jokes that her small town has a lot to answer for.

History was made in early 1976 when the then 20-year-old Glen Iris girl opted for a temporary move to the country side.

However she could not grasp the gravity of her decision until many years down the track.

“I wanted to go get out of Melbourne so I finished teacher’s college, was assigned this little town called Winchelsea and thought – where the bloody hell is that?” Mathison recalled. 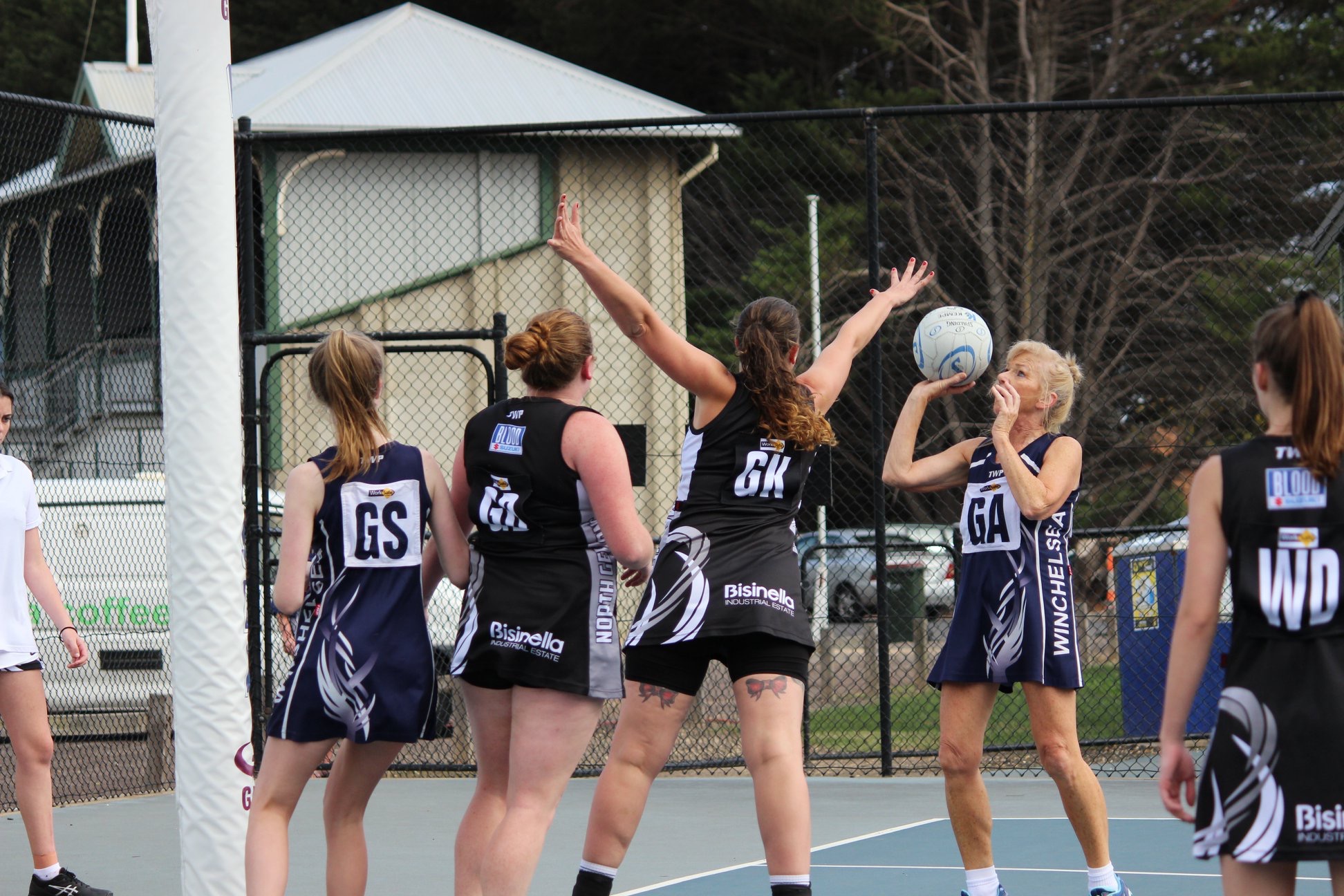 “Then as time went on I asked one of the teachers if she knew anyone that played netball and then once I joined the club all they did was call me ‘the teacher’ for the first three months.”

She added, “And I’ve been here ever since.”

That year Mathison would help guide her side to a runner up finish against Queenscliff in the Bellarine competition before she would meet her husband Roger at the club’s presentation night.

After three long seasons Mathison would then make history in 1979 when guiding the club to its maiden A-Grade premiership (a tight 24 to 18 win) against Leopold before a large Anglesea crowd. 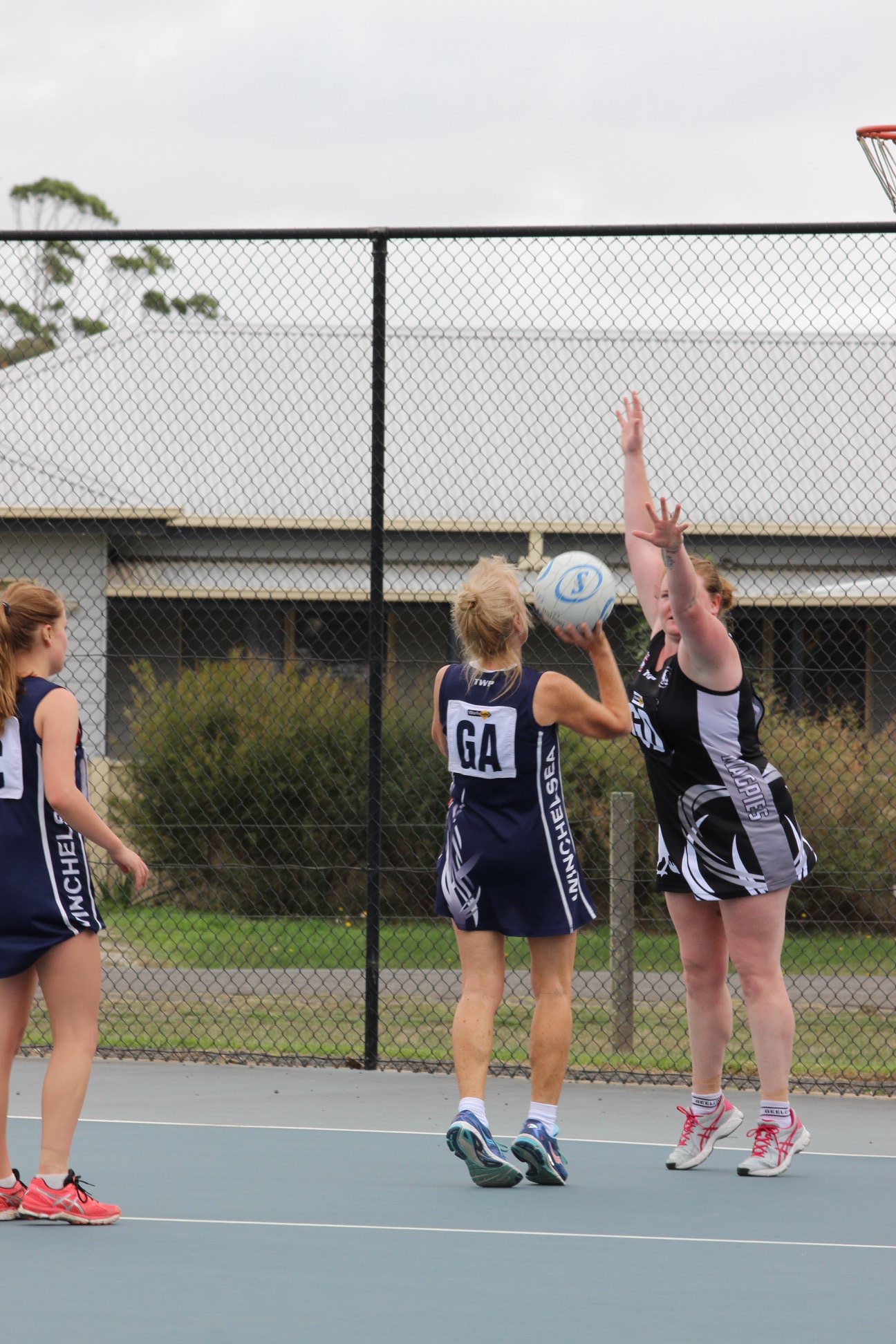 “We only finished fourth on the ladder and Leopold was definitely the favourite having gone through undefeated just as Werribee has in the GDFL the last few seasons,” she recalled.

“I remember that win vividly not only because it was so unexpected but also because we didn’t win an A-Grade premiership as a club until Jason Woolley guided us to a win in 2010.”

“But 1979 was the one that stood out with Lesley Berg as coach and since then I’ve gone on to play with her granddaughter Ebony while her brothers Tyson and Kurt both play football.”

“And Holly Carew was the umpire who would then go onto train me up to get my umpire’s badge a few years later.”

Mathison would play 120 Bellarine games until the club moved to the Colac league where she would add another 205 to her name while raising her four children Leah, Byron, Cara and Eliza.

Leah recalls the whole family gathering at St Albans in 2005 to watch her mother guide the Blues to a C-Grade premiership as a goal attack.

“The year that we watched her win the premiership was amazing because she was just so elated that day,” she recalled 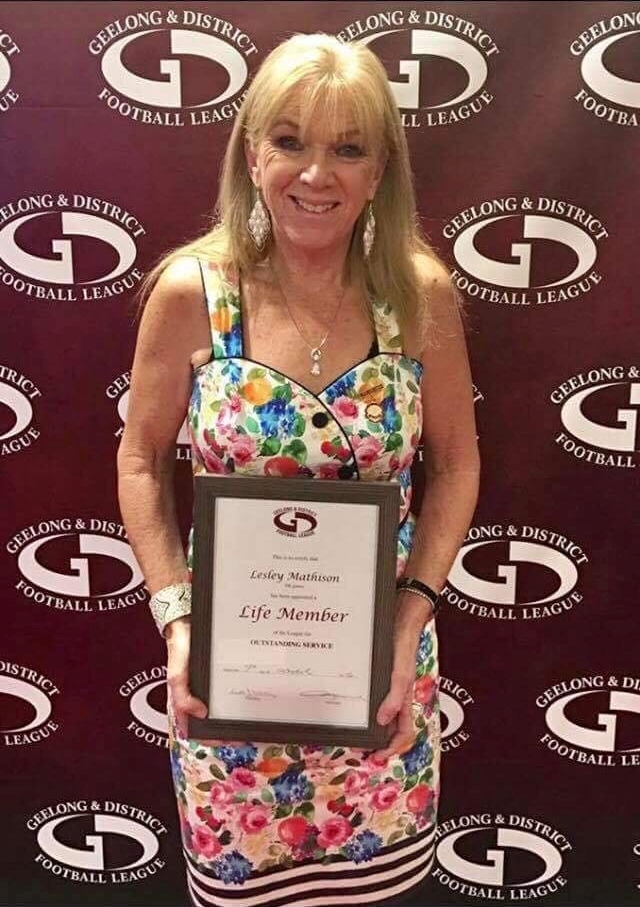 “I’ve been trying to band the siblings together this week and we’re all thinking whether this is real; is she really going to retire? Because even now she’s probably got a few years left in her.”

After 55 years in the game, Lesley decided this week that the weekend’s season closer would mark the end of  her long tenure as a player.

“I was just getting to the age where it was time for the young ones to step up,” she admitted.

“Physically I’m still comfortable but I guess I was getting a bit tired of those Thursday nights.”

“I’ll be spending more time umpiring so it’s not the end of the journey but it I will be a little sad after tomorrow’s final game comes to an end.”

Winchelsea will host the Belmont Lions in tomorrow’s bottom of the table D-Grade clash with the Blues hoping to avenge their 30 to 19 defeat from earlier in the season.

Yet the spotlight will remain on the club legend who asks her young teammates, including her former primary school students Emily Steed and Ieisha Brown, to simply enjoy the day.

“The main thing is to enjoy every moment because the social side of things is very important,” she added.

“When you stop enjoying it you may as well not play at all so I think that’s what has kept me going for so long.”

1976 – Started with the Winchelsea Netball Club in March ’76. Played Goal Attack in ‘B’ Grade in the Bellarine and District Netball Assoc. This team made the finals and were Runners up to Queenscliff.

1977-78 – Played in the A grade team which made finals, but lost in Preliminary final.

1979 – Played Goal Shooter/ Goal Attack in ‘A’ grade and won the Premiership defeating Leopold in the final 24-18.

1983  – 1991 busy having family and only played some games, in between pregnancies, but continued to umpire and be involved with the club.

1992 – 2001 – Returned to play full time in CDFL. Played both Reserves and Seniors netball over these years. Coached and umpired.

1997 -Awarded a Life Membership of the Winchelsea Netball Club.

Started umpiring in 1978 and in 1982 gained ‘C’ grade Umpires Badge and have continued umpiring regularly.

1997 -Awarded a Life Membership of the Winchelsea Netball Club.

2005 – Awarded a Life Membership of the Winchelsea Tennis Club.

2009-2011- Umpires Coordinator for Winchelsea Netball Section and press secretary for netball and football.