Winchelsea senior coach Brendan Forssman relishes the opportunity for his side to playoff against Bannockburn on ANZAC day next year.

For the second year Blues mentor, Winchelsea’s extraordinary April fixture will be a chance to showcase his side’s journey, new recruits and enviable player retention (to date).

“It is what it is; I don’t make the draw so I’ll just run with whatever the league decides to do,” Forssman said. 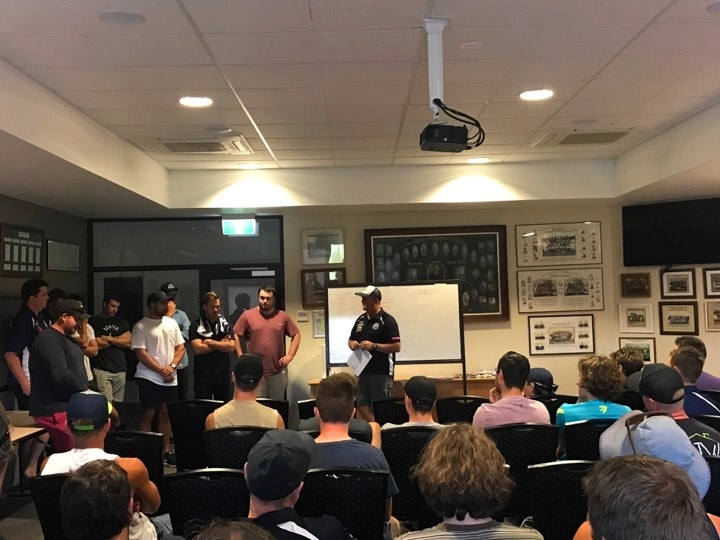 “We look forward to being able to compete on ANZAC day and obviously the significance behind it.”

“We’ll put our best foot forward and we hope to be able to compete with all clubs in the competition so Bannockburn will be no different.” 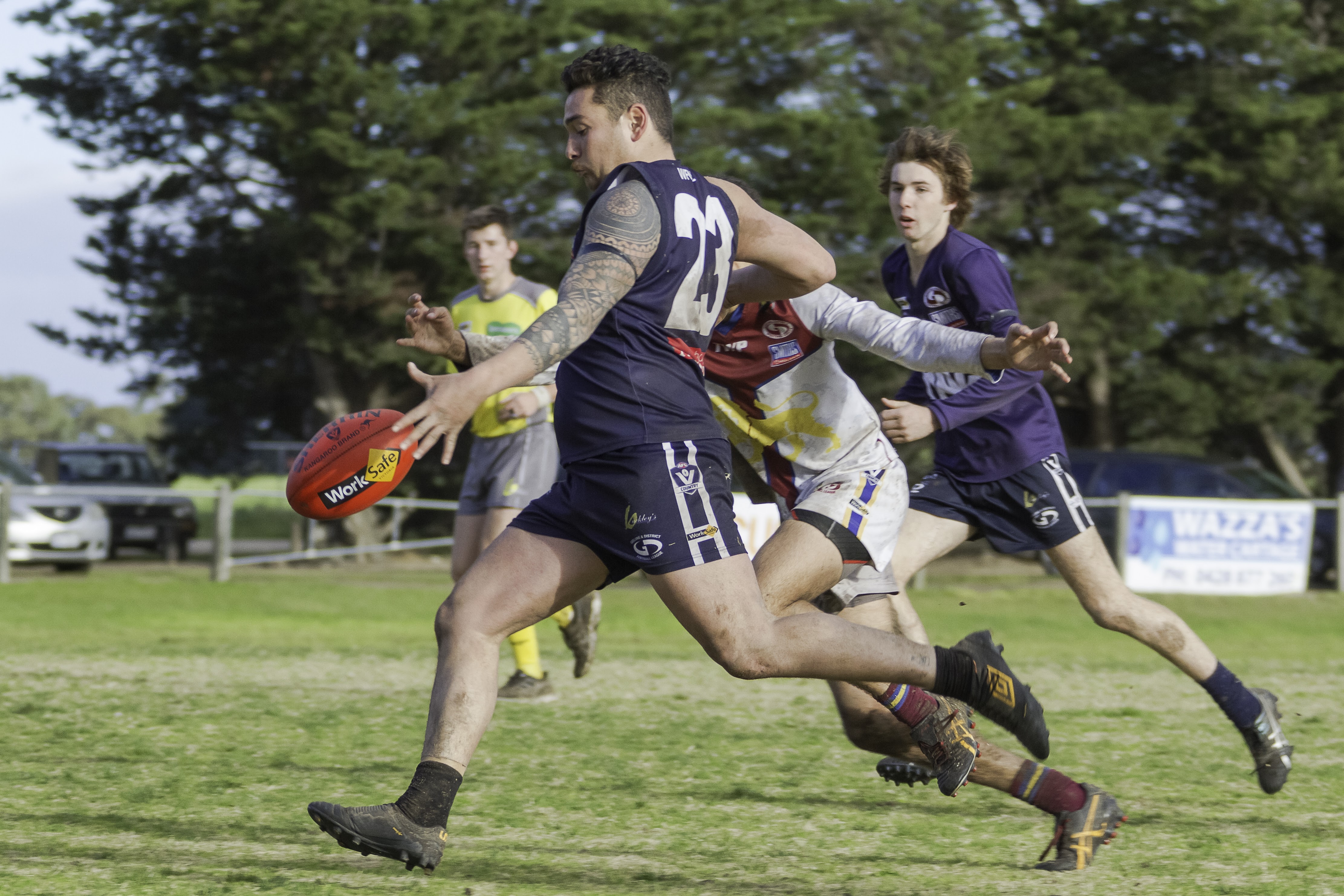 Nevertheless the young side could have easily added another four wins if not for narrow defeats to North Geelong, East Geelong, Werribee and Anakie.

The Blues will open their account next season against Geelong West (away), Thomson and Anakie under lights before travelling to Bannockburn three days later.

Though Forssman’s side will face the Tigers twice next season they will only meet finals contenders Bell Post Hill, Inverleigh and East Geelong once.

Initially a mentor at Grovedale for the best part of two decades, Forssman’s journey has come full circle in 2018 after recruiting former Tigers Matt Costello and Joseph Fama. 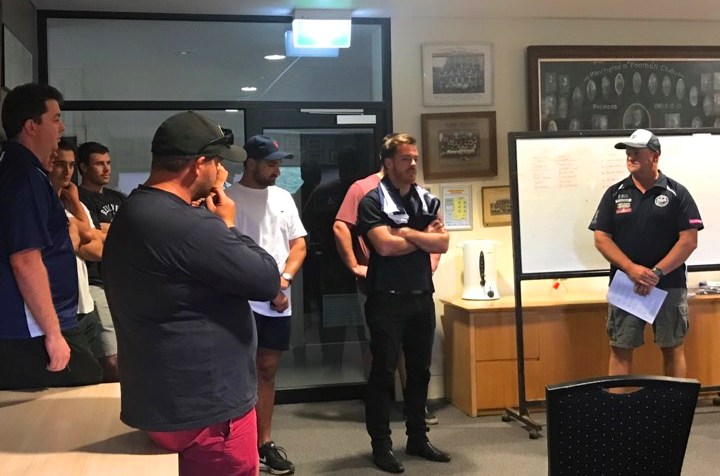 The pair has already stepped up to the plate as leaders of the club’s inaugural junior academy with Fama’s mentoring abilities already showcased at Grovedale, Modewarre and St Mary’s.

“We see them both being good contributors and we’re mindful that the boys we recruit have that leadership trait about them as well,” Forssman said.

“If you do the right things then it is generally a good place to be around but as I mentioned in our players meeting ‘70% of our side is 23-years-old or younger’ and that bodes well for the future.”

He continued, “Cossi brings a lot of experience with his GFL senior footy and they both help fill that 25 to 28 age bracket given we’ve got a lot of guys under the age of 23.”

“He’s very organised and he’ll play predominantly as a medium defender where he can help us set up behind the footy.”

“Joey will play at half forward and they’ll both feature in the midfield when needed.” 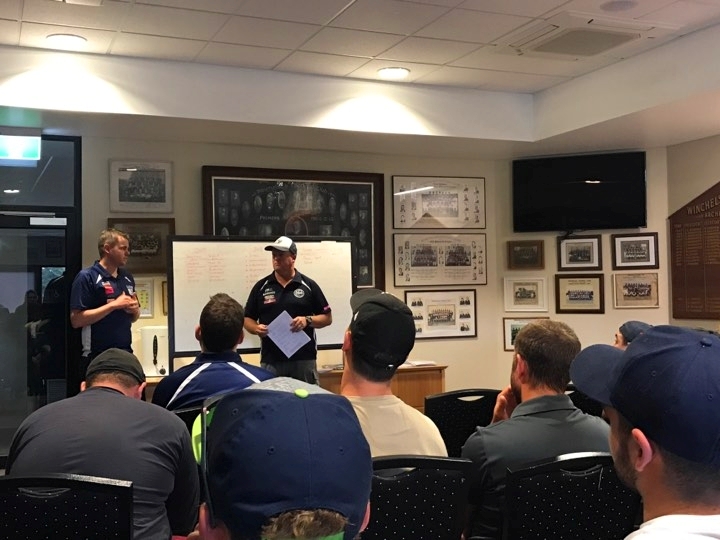 Forssman has also added to his side’s overflowing fountain of youth through the recruit of Barwon Heads teenager William Ford.

And Winchelsea’s ruck puzzle may also have been solved through the signing of former St Mary’s junior Mitchell McDonald who stands at 198cm.

“Mitch comes in as a one pointer given his last game was in 2013 which is nice but he is looking forward to getting amongst it,” Forssman said.

“Will will be our second or third forward; he has good hands, he’s strong in the air, he’s good at ground level and he’s very similar to Tyson Berg in the way that they play.”

“They’ll be good for each other as well, having that extra dimension in the forward line.”

Winchelsea will commence their pre-season training tomorrow at Jarvis Oval, Waurn Ponds with Wednesday sessions held at the Eastern Reserve.

In other news, North Geelong teenager Thomas Schwennesen has signed with the Geelong West Giants. 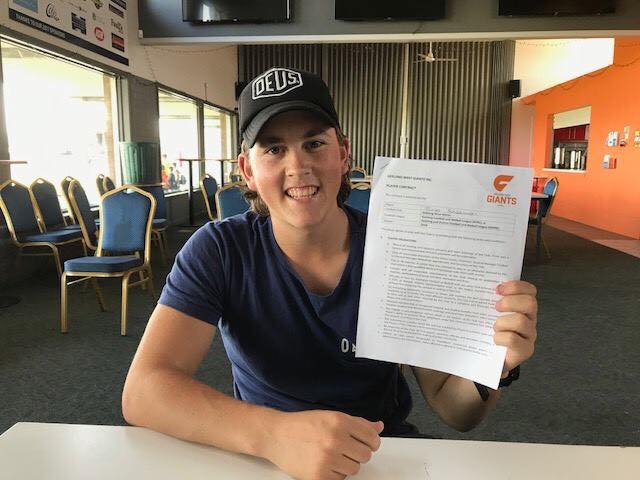 Schwennesen polled 36 votes in the AFL Barwon Division 3 medal count ahead of Peter Kilpatrick (Drysdale) and Fraser Murray (Modewarre) on 23 however would be ineligible due to suspension.

The youngest son of GDFL legend Tim Schwennesen, the junior also featured in nine senior games for the Magpies since 2016 while also representing the league’s under-18 interleague side.

Inverleigh football manager Brent Ling has confirmed the appointment of Gareth Hagebols and Dan Reid as joint reserves coaches for the 2018 season.

“Haggis is our recently retired two’s captain who is much loved at the club and brings a great wealth of experience to our team,” Ling said. 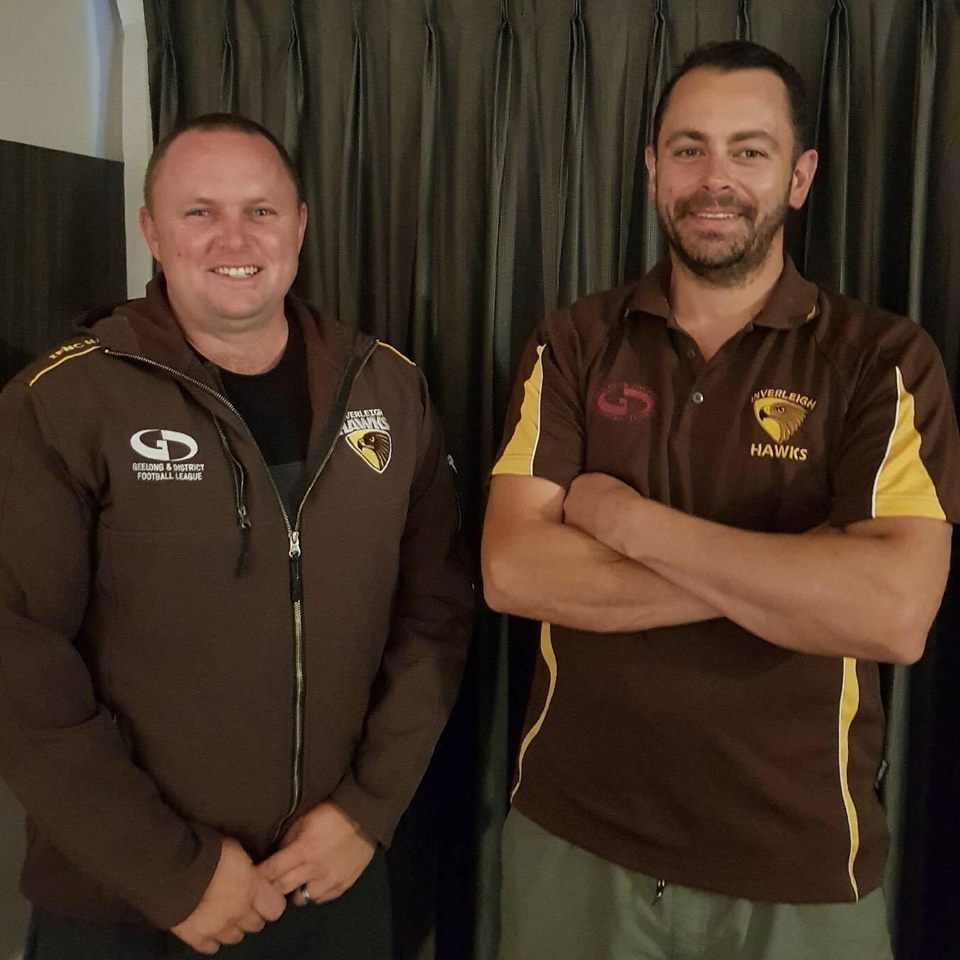 “We’d like to extend a warm welcome Dan who joins our club; he too brings plenty of footy experience.”

“He has played in a premiership with Glen Orden and was an integral part of coaching/assisting Wyndhamvale from a bottom side to an eventual premiership over five years.”

The teenager was unable to crack into the Joeys’ senior side this year, playing 19 reserves games and kicking 23 goals.