Young Couta on a mission

13 Mar Young Couta on a mission

Queenscliff star Caleb Whitley may don the colours of his famous Bellarine FL side during the winter months nevertheless the youngster has reached out to the entire Geelong football region.

This week the 20-year-old has offered to give away some playing boots from his junior career.

The idea slowly turned from a personal batch to a generous collection thanks to contribution from his friends and teammates.

“I looked back this year and realised that I’ve been able to afford a new pair of boots each year,” Whitley reflected.

“You know that not everyone has been granted this situation so I thought that these pairs (each only used for one season) can be given to those who need it.”

Whitley, who is the grandson of GDFL president Neville Whitley OAM, played 10 senior games in 2017 before representing the Coutas in their practice match against Thomson last month.

The young gun was also a guest on the GDFL Football Show panel (airing on Channel 31) in August, 2016 after he helped guide St Joseph’s College to a Herald Sun Shield victory.

“I’ve put this idea out to people at the footy club as well as other family friends and they’ve all been very supportive,” he added. 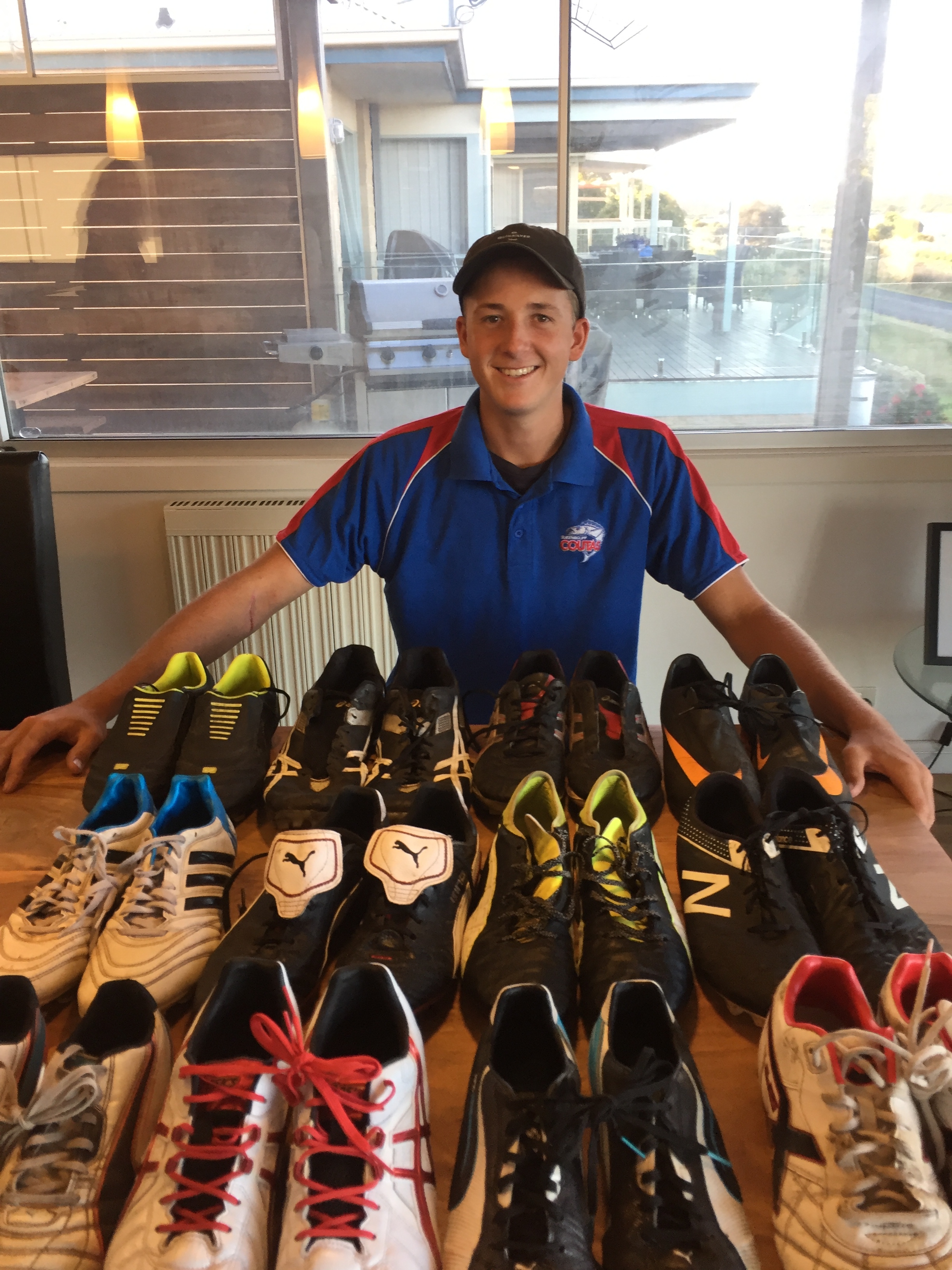